The Underdog... in the Looks Department!

Does being pretty or handsome give one a headstart in life? Or better opportunities. During the last couple of weeks, everybody (those who were interested lah.. coz i know many who don't give 2 hoots, really) was guessing which of our two gentlemen was going up to space, Dr Faiz Khaleed (the younger one) or Dr. Sheikh Muszaphar Shukor (the cuter one?)? Of coz, the radio DJs of my fav radio channel were requesting people to send in their sms-es or to call in to vote. 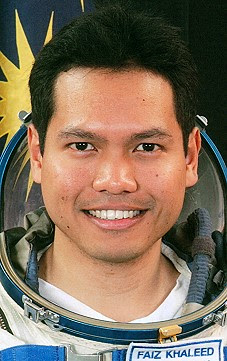 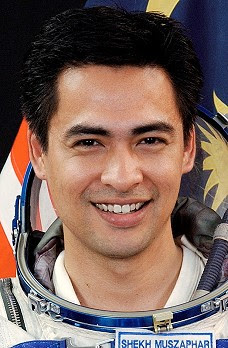 It was not surprising that most voted for the "cute" and "handsome" one, Dr. Sheikh. I had to put the words cute and handsome in parentheses as beauty is really in the eyes of the beholder. Those who called up to vote for Dr Faiz actually spoilt it by saying that they were voting for the "underdog". Hey... what makes Dr Faiz the underdog? I am sure it is not about qualifications. Perhaps it is about looks? 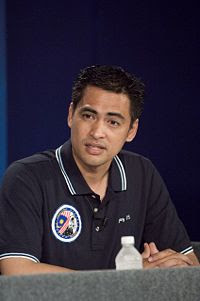 I was not really surprised when they announced it in the papers today as to which gentleman was selected to go into space. So, perhaps looks did help. But it could be Age before Beauty also coz Dr Sheikh is 35yrs old whilst Dr Faiz is only 27yrs old :).

One of my ex-bosses ZI is rather good looking and he played it to his advantage. Many a time, he would get away with almost anything, using his looks and his charming smile. He often remarked "Hey..it is not easy to be handsome you know!!" Ya.. tell us about it.

No wonder cosmetic companies do so well as everyone is wanting to look pretty and the blokes are also doing it too. Guess it does not hurt, does it....except for the wallet as the price of being beautiful doesn't come cheap.
Posted by Unknown at Wednesday, October 10, 2007

I had the exact same thinking!!! Without a doubt in my mind, I knew the better looking one will be selected. Come on...look at the fairy tales and movies, what's the percentage of the heroes are not good looking?? We are all superficial...admit it or not.. and good looking people usually have the additional advantage that. Damn right I am bitter!!!!

Ha Ha..poor fishman. But let me console you, in the Disney's Enchanted movie, they portrayed the handsome Prince (charming) Edward as a bumbling idiot. So much for all beauty and no brains buahahaha....

haha fishman, oso who is the hero of Hunchback Of Notre Dame??

but i hv to say sheikh does look yummy :p

hehehe i'm one who doesn't give 2 hoots