Trying to keep Mr Sandman away

Gosh.. I knew this was going to happen... trying to beat of the zzzz.. is so difficult. Was asked to join my colleagues at the Yong Tau Foo place at Jalan Tun HS Lee. This was actually blogged by Patrick some time back. Since Gluttony is one of my biggest and deadliest Sin.. I had to be true to myself. So I ordered 10 pieces and stuffed them all in and topping it up with a glass of iced chinese tea. Now, I feel like I am going to even fall asleep even while standing up.

Decided to "steal" some office time and surf abit. Looked up the movies that were coming up and ticked off some as "I want to see them at the Cinemas and NOT on DVDs" films. 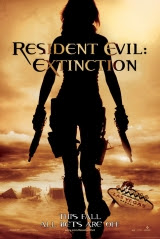 Topping off the list will be Resident Evil.
Resident Evil: Extinction is again based on the wildly popular video game series and picks up where the last film left off. Alice (Milla Jovovich), now in hiding in the Nevada desert, once again joins forces with Carlos Olivera (Oded Fehr) and L.J. (Mike Epps), along with new survivors Claire (Ali Larter), K-Mart (Spencer Locke ) and Nurse Betty (Ashanti) to try to eliminate the deadly virus that threatens to make every human being undead…and to seek justice. Since being captured by the Umbrella Corporation, Alice has been subjected to biogenic experimentation and becomes genetically altered, with super-human strengths, senses and dexterity. These skills, and more, will be needed if anyone is to remain alive.


The Seeker:The Dark is Rising
Based on the acclaimed novel by Susan Cooper, THE DARK IS RISING is the first movie adaptation of the author's acclaimed The Dark Is Rising Sequence. The movie tells the story of Will Stanton, a normal young man who moves with his family from America to an English village There he learns he is the last of a group of warriors who have dedicated their lives to fighting the forces of the Dark. Traveling back and forth through time, Will discovers a series of clues and Six mysterious Signs which lead him into a showdown with forces of unimaginable power. With the Dark once again rising, the future of the world rests in Will's hands. 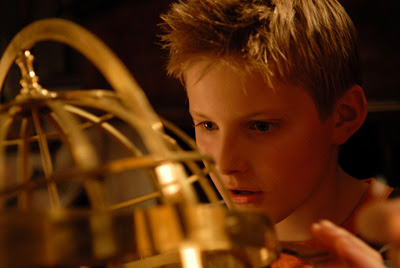 I Now Pronounce You Chuck And Larry
Good friends Chuck Levine and Larry Valentine are firefighters. Victims of circumstance, Chuck has to claim Larry to be his domestic partner on some city forms in order to beat some procedural red tape. They think it will be easy because nobody will ever know. After Chuck agrees, the two men go to Niagara Falls to get married, and Chuck moves in with Larry and his unsuspecting kids. However, an official becomes suspicious, and the new couple's arrangement goes from confidential to front-page news. Forced to improvise as love-struck newlyweds, Chuck and Larry must now fumble through a charade of domestic bliss under one roof. After surviving their mandatory honeymoon and dodging the threat of exposure, the well-intentioned conmen discover that sticking together in times of crisis is what truly makes a family.

Those in the pipeline would include

The Magic Gourd
A chance encounter with a magic gourd turns 10-year-old schoolboy Wang Bao's life upside down. Granting him anything he wants - from being the fastest swimmer to getting all the toys in the toy shop - the magic gourd enables Wang Bao to fulfil his dreams of doing nothing and getting everything. It's everything a boy could ever want...until Wang Bao gets into far more trouble than he has bargained for. 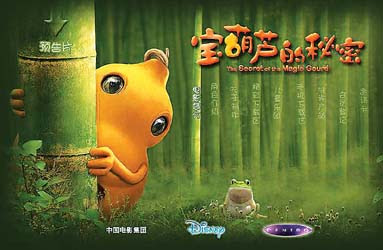 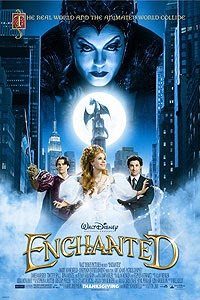 Disney's Enchanted
The tale follows the beautiful princess Giselle as she is banished by an evil queen from her magical, musical animated land--and finds herself in the gritty reality of the streets of modern-day Manhattan. Shocked by this strange new environment that doesn''t operate on a "happily ever after" basis, Giselle is now adrift in a chaotic world badly in need of enchantment. But when Giselle begins to fall in love with a charmingly flawed divorce lawyer who has come to her aid--even though she is already promised to a perfect fairy tale prince back home--she has to wonder: can a storybook view of romance survive in the real world? 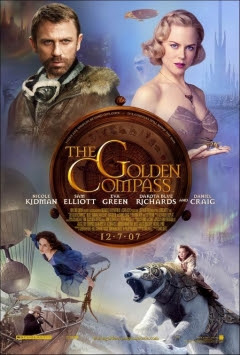 Based on author Philip Pullman's bestselling and award-winning novel, The Golden Compass tells the first story in Pullman's His Dark Materials trilogy. The Golden Compass is an exciting fantasy adventure, set in an alternative world where people's souls manifest themselves as animals, talking bears fight wars, and Gyptians and witches co-exist. At the center of the story is Lyra (played by newcomer Dakota Blue Richards), a 12-year-old girl who starts out trying to rescue a friend who's been kidnapped by a mysterious organization known as the Gobblers - and winds up on an epic quest to save not only her world, but ours as well.