Reveal them.. these fiends, evil beasts!

Of late, there have been so many reports of sex fiends and their heinous crimes in the papers. They are like dirt surfacing up on water surface. Everyday, there will be at least one article on this sort of crime in the papers.

I remember reading a couple of days ago that members of the public are against the disclosure of the names of pedophiles for fear of the family members being ostracized and shunned. I am of the opinion that this depends on the severity of the situation. In most cases if the only harm that the pedophile has done is to surf child porn in the internet, these can be forgiven and given treatment. However, like the one in little Nurin’s case or the latest one in today’s papers about the medium who had been preying on a 10 year old and her brother a 13 year old, I simply cannot agree that we just read it and hope that somebody catches this guy.

Taking the law into our own hands? I don't think so. I would like to think that every extra pair of eyes and hand helps. My friend and I were reading the an English daily today about the case. Yes, we know that the police and the various investigative teams are doing the best that they can. In this sea of 28 million over people and many tucked away places, one can stay hidden for a long time, if one tried hard enough. So, can we help? It would help a heap if we had photos. A great written description of the culprit is as helpful as identifying whose heap of crap it is.

What I don’t understand is when I continued reading the English daily that it was mentioned that the Chinese Dailies like China Press and Sin Chew covered this story with publishing the photographs of the fiend when I cannot even find one little photo in the English Daily. Is it because it was considered bad taste? That it was protecting the little 10 year old girl and 13 year old boy. Oh please. Think about the possibility of this evil beast doing the same to other children in future. Isn"t it better to have him caught and jail as soon as possible?

My friend and I tried to go into Sin Chew’s website but being truly banana people, we both stared at the screen and it just stared back at us. We were not able to decipher anything from the site. Sought the help of our office tea lady who so happened to have yesterday’s copy of Sin Chew to help us locate the piece that we needed. My friend suggested that I took the photos and posted it, so that we all know how the beast looks like and perhaps by the circulation of these photos, he can be put behind bars the soonest possible. 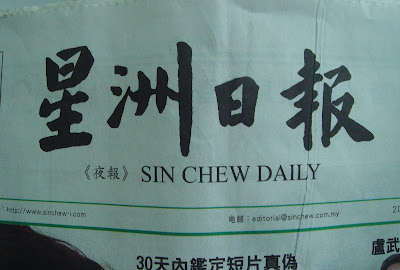 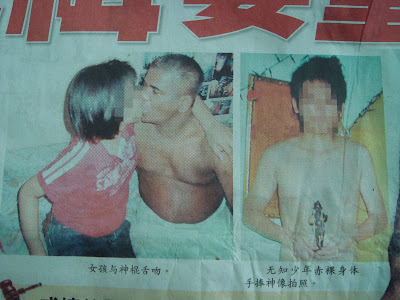 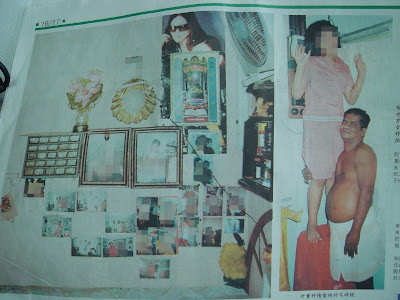 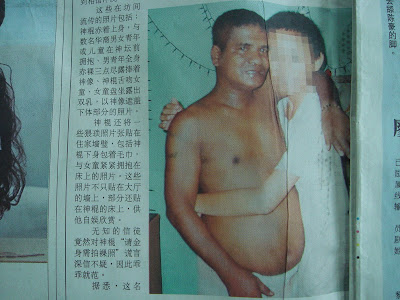 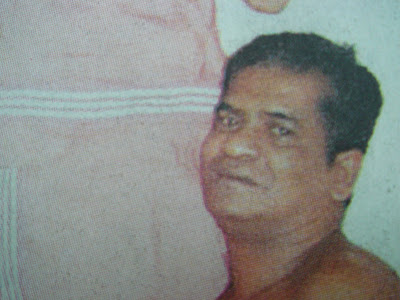 I believe we should announce to the world who these ppl are. The kids are innocent what do they know. It the job of the adults to protect them not abuse them.. What is the world coming to.

We r truly living in a 'dangerious' land! Even guy r not safe!BTW tq for dropping at my site! Have a nice day!

yes Joyce. It is up to us, the adults to keep our kids safe.

hor ny ang moh.. thanks for dropping by too. Nice to hear from you. Have a great weekend yeah :)

Generic Viagra (sildenafil citrate; brand names include: Aphrodil / Edegra / Erasmo / Penegra / Revatio / Supra / Zwagra) is an effective treatment for erectile dysfunction regardless of the cause or duration of the problem or the age of the patient.
Sildenafil Citrate is the active ingredient used to treat erectile dysfunction (impotence) in men. It can help men who have erectile dysfunction get and sustain an erection when they are sexually excited.
Generic Viagra is manufactured in accordance with World Health Organization standards and guidelines (WHO-GMP). Also you can find on our sites.
Generic [url=http://viagra.opuskali.ru]Viagra Super Active[/url] is made with thorough reverse engineering for the sildenafil citrate molecule - a totally different process of making sildenafil and its reaction. That is why it takes effect in 15 minutes compared to other drugs which take 30-40 minutes to take effect.
[b]edinburgh uk pages viagra find sites
discount bulk viagra india
viagra sales in uk
Generic Viagra Money Order
l-arginine comparable to viagra
bigger penis with viagra
viagra find viagra edinburgh search pages
[/b]
Even in the most sexually liberated and self-satisfied of nations, many people still yearn to burn more, to feel ready for bedding no matter what the clock says and to desire their partner of 23 years as much as they did when their love was brand new.
The market is saturated with books on how to revive a flagging libido or spice up monotonous sex, and sex therapists say “lack of desire” is one of the most common complaints they hear from patients, particularly women.