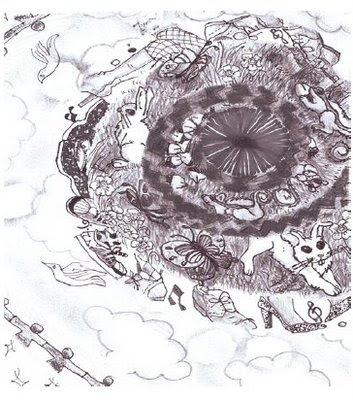 Circlesongs... how does one describe the feeling of being at a campfire, with some friends and simply letting your hair down whilst seated on a comfortable cushioned seat, with airconditioning and none of the mosquitoes and bugs? That was exactly how I felt when I watched The Philharmonic Society of Selangor's presentation of the Circlesongs last nite at the Bangsar Actors Studio.

I thought it would just be me and a girlfriend going for it but when I got there, the MODians were also there. I used to sing Buddhist songs with this group called the Messengers of Dharma MOD but as my life was getting so chock full of the numerous activities that I was involved in, I had no choice but to take a sabbatical leave from singing. Anyway, it was great to meet up with them again. 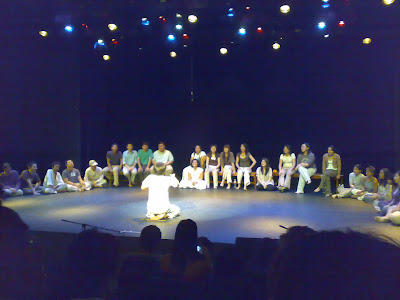 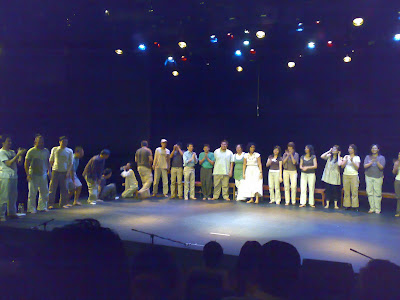 I am so proud of my friend, Melvin, the Artistic Director for the presentation. He really showed his mettle in the area of improvisation and his energy was fantastic. I have always known him to be a "acappella" prince. He loves all forms of acappella and his favorite has always been the "Don't Worry, Be Happy" guy... who is none other than Bobby McFerrin. He's been doing lots of music stuff for the longest time. If anyone want music pieces done, I can connect you :)

The MODians were totally inspired with what they experienced last nite as I heard them planning to do the same with their group of kids from the dharma centre in Malacca. My friend had to leave early as her mum was waiting for her but I reckon she must have enjoyed herself too as she was clapping and singing along during the presentation.

Ahhh a different kind of musical from my normal sort but very inspirational.
Posted by Unknown at Wednesday, October 03, 2007