I have been trying to search for latest updates on the situation in Myanmar but most of the news were at least 2 days old. It seems that very little news have managed to make their way out of Myanmar to the rest of the world.

However, I chanced upon a site where a Burmese news blog MoeMaKa Media reported on this video footage of Singapore's Straits Times interviewing some Myanmar citizens and others traveling between Yangon and Singapore.

The video footage shows a Myanmar citizen welcoming his family's arrival in Singapore and proclaiming their happiness at being in a stable Singapore, and then shows another Myanmar national exclaiming that even though there are curfews set, they were doing OK and things weren't that bad. “Overall quite ok lah,” claimed one man. “Oh, yeah, everything is fine… The airport, the security and erm, things are functioning fine.. all normal,” said one man who appears to be an airline pilot (not a Myanmar national).

I find that very hard to believe. Going back to my trusted website, that is where I found these horrible photos. Yes, they are in bad taste and offensive but I believe that sometimes we have to be shocked into realization to the truth of the matter.

Monks has been killed like this in Burma by Junta 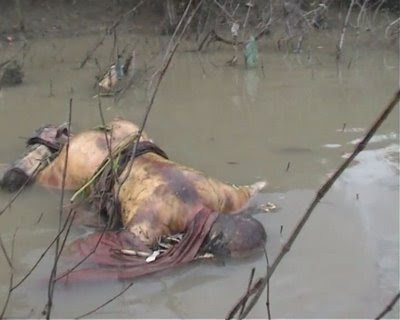 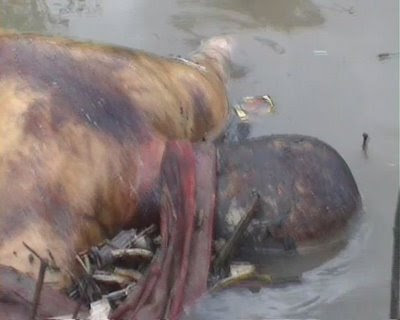 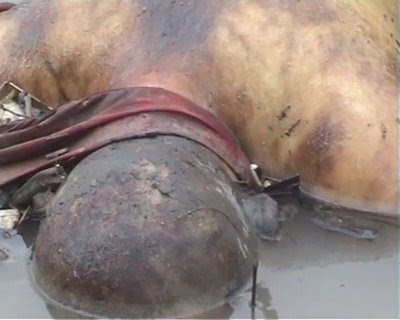 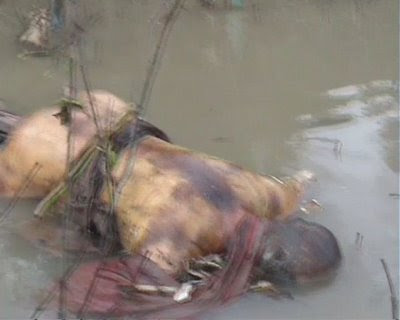 What do you think? Do you really believe that all is well and rosy in Myanmar?
Posted by Unknown at Monday, October 01, 2007

It is terrible whats happening in Burma. Sometimes you cannot fight a war with a prayer.

Yes I agree with you .... prayers help but it is Man who has to take actions or not act :(

read today's news, how sad. have you sign the petition? http://www.avaaz.org/en/stand_with_burma

Ya.. signed liow..we must show solidarity

The Kamma that the Junta will be bearing....

As Buddhist, we know that a person will earn a direct trip without stopovers to hell when one hurts his parents or the sangha community (monks & nums)...