The weekend has just passed and it was kinda of a mixed emotional bag.

I started Friday with a wonderful time at Bangsar Actor's Studio, watching the KL Young Singers at the 5th Anniversary Performance. It was light; it was nice but really... I am biased. I have always enjoyed YKLS, whatever they have thrown at me in the past and whatever they will throw at me in the future. Having excellent seats and getting them on time to go in also helped the mood a lot :D.

The songs which they did were from their past performances but I totally melted when they sang that "lum" song, Autumn Leaves. (lum here means romantic :>). Fantastic arrangement. I was rather disappointed when there was no encore. Don't know what happen? Guess the audience was totally mesmerized by the singers that they didn't wake up until the house lights were all turned on.

Saturday was the first day of the National Feng Shui Congress at KL Convention Centre. Being the cheapskate that I was, decided to save on 6 bucks parking next to the KL Convention Centre by parking at my office and walking there. Really regretted it when I walked back in the evening, lugging 4 thick books with me :(. 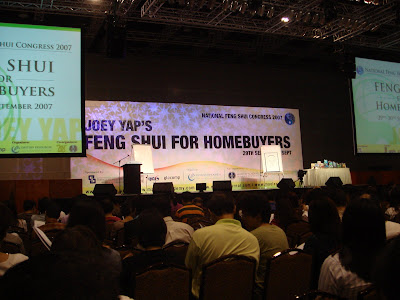 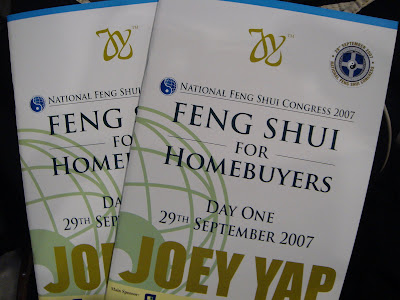 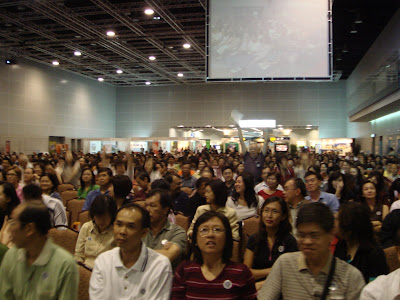 The conference was so interesting. Students, friends and audience coming in from 4 continents and for the 1st time, Joey Yap, the Master gave his senior student lecturers some stage time. They covered several topics related to Feng Shui for the Housebuyers. There is so much to share and I am now trying to compile all the inputs into logical buckets for postings. 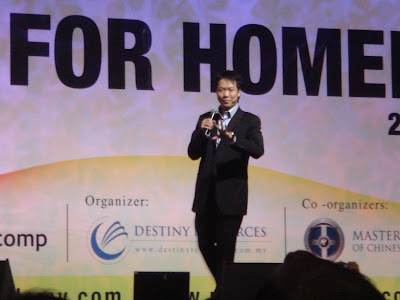 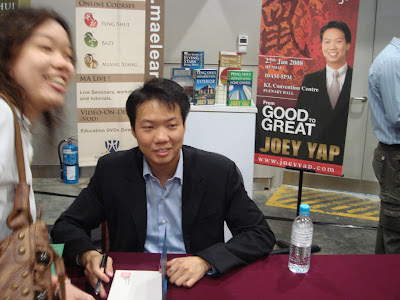 I have been receiving sms from my Dharma Centre regarding an exhibition which they have been invited to participate in and we have been urged to go support. Being the "blur like sotong me", I did not really register in my mind the actual location of the exhibition until I met a friend from my Dharma Centre JP at KL Convention Centre. I said "Hi..What are you here for?". He said "Why.. for our Centre's Booth exhibit of coz!". Opps... pretended I knew that all along and said "Of coz. Well, see you in abit. Going to the loo first!". What a dumb arse (me). Anyway, during the Congress lunch break, I grab a quick bite and went over to the EXPAT exhibit Halls 3 & 4 to go look for the Kechara Mystical Treasures booth. Met so many people over there. Bought a nice miniature altar for my beautiful Vajrayogini. She is going to love it :). 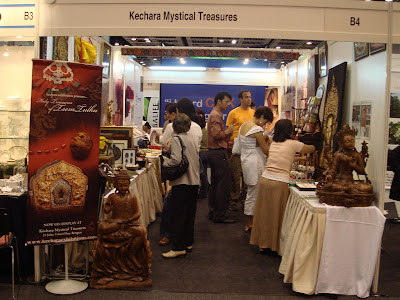 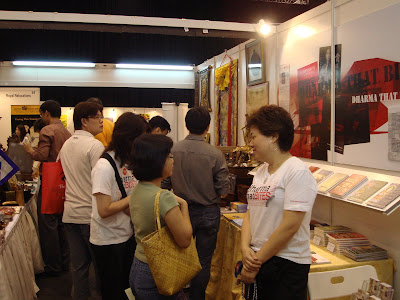 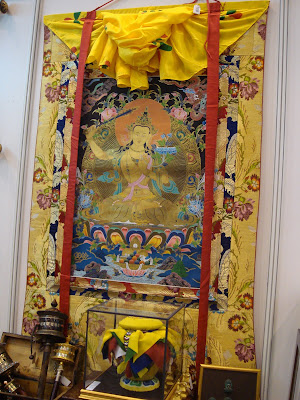 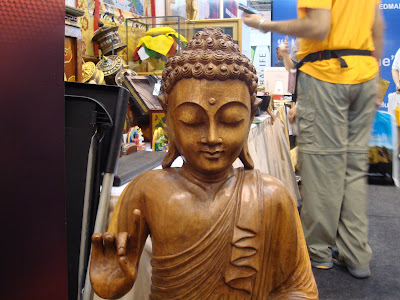 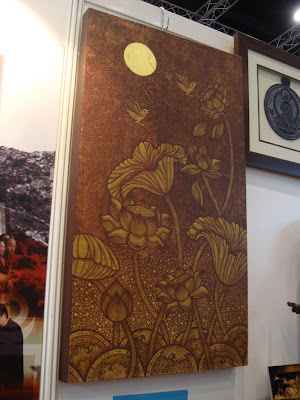 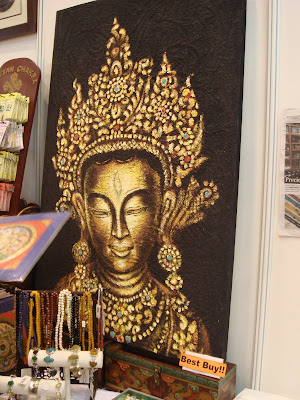 Sunday morning.... received a very sad sms. My friend Adrin's beloved father passed away in the morning. I felt so sad for him. And I hate to say this... being Adrin's MSN pal for so long & he is also a member of my Dharma Centre, I did not even have his mobile number. Could not say how sorry I was to hear of his father's demise. Can't expect the man to be on MSN like right now, I felt really like the dumb arse that I am. Anyway, quickly changed and went off to the Congress. This time, parked next to KL Convention Centre. Paid RM6 for the open air parking space but that sure beats walking 15 mins back to the office to collect the car. Joey's talk was as always, informative, humorous and impactful. But couldn't wait for lunch time to happen so that I can run over to the Kechara Mystical Treasures booth to ask for Adrin's number.

Brought some friends from the Congress over to the booth along the way and managed to get Adrin's number. So many friends at the booth so did not get a chance to sms Adrin. Hung around and chatted until it was time to go back to the Congress. During the later part of the Congress, one of the speakers spoke on Yin House Feng Shui (feng shui for tombs). A very experienced speaker, an engineer by profession who took us to a virtual trip to China to view some of the famous emperors' tombs. Fantastic speakers... if only I see more of these kind of high caliber speakers at work.

Congress ended at about 6pm, took a quite bite and rang off to a colleague's wedding at The Concorde. It was more like a reunion for me. Met up with so many ex-colleagues there. The food was excellent and the company was great. 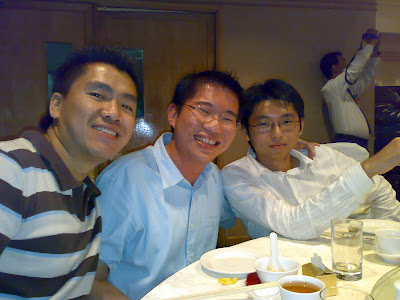 
Amidst all this, I suddenly thought of Adrin. Sent him an sms with words of comfort and really from the bottom of my heart, May he always be guided by the wisdom of Buddhadharma. May his father have a swift and positive rebirth.