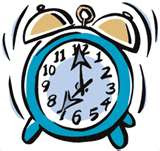 When the alarm rang this morning, I was praying that it was just a bad dream and that it was only Saturday still...sigh..no such luck... so soo sleepy but had no choice. Finally got out of bed after putting the alarm back on snooze twice. 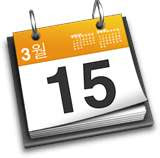 Sigh.. another 5 more days until the weekend again. Got into office this morning. Check mail to see what further instructions the Boss left me since shooting of at least 3 mails consecutively to me last Friday before I left. Was multi-tasking as usual, meaning doing my work, whilst checking on some stuff on the internet... this time a washing machine. Was wondering what other front loaders there were available. Then DCYK got on msn to tell me that he went for Tunku the Musical over the weekend.

The only difference was that Tuan Syed was just a voice-over? Eh? What..What? Apparently, Tony Eusoff had appendicitis last Friday and had to be operated on. Hence, his part had to be done via narration by Joe Hasham. Kudos to the team of professional casts who were able to carry on despite such an obstacle. I also heard that the audience were very supportive too. Beautiful, wonderful Malaysians.

The other thing that I really wanted to check up on was the truth to the sms I received on Friday evening asking me to watch the BBC channel on Astro for a very exciting interview of our Foreign Minister. But after sitting in front of the telly for 15mins, I was sure that it was not coming on. But was too lazy to go check it on the web. And I had much better things to do on Saturday and Sunday to check this out. It just had to wait til Monday. And sure enough, I had several mails pointing me to the website and also an article with the documentation of the interview. Alamak.. when I read the interview (not able to view the video clip... pc problem).. one can really cringe with embarrassment at the blatant nonsense the man was saying. But I told myself.... let not a few bad apples spoilt the whole bunch lah. What we don't like, we discard.. This one I will surely discard as a rotten one :) 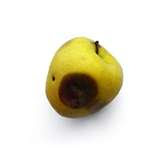 Ha ha .. opposite from my post today where it is Sunday for me. Everyday !

(not even going to hyperlink it as I don't want to be regarded as spam :) )

Hi Andrew. Dropped by at your blog..wow..you must teach me how to be like you.. what i wouldn't give to have Sunday every day :)