As usual my weekends are always a mad, hectic rush, packed with activities. One of the highlights of the weekend past was going to watch a dance performance called Bunga Manggar Bunga Raya. This was a first full-length project in 8 years by controversial choreographer and pioneering "dance terrorist" Marion D'Cruz. It was a rather strange experience for me as I was expecting a regular conventional type dance presentation. I actually had no idea what I was getting myself into (I only read the interview from the star-ecentral this morning when I got into work :p)

We got there late (what’s new, if you have been following this blog) and missed about 10mins of the performance. Oh by the way, people were sitting on our seats when we got there but at least these blokes were well-mannered enough to move back over to their allotted seats. We were told later that we missed a video presentation and a short song. 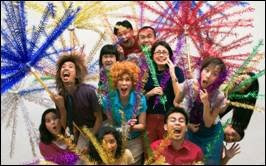 Anyways, the performers were singing a children mandarin song when we got in. That was followed by a girl singing Negaraku, solo. Then the next performer sang and did her slow routine on top of what seemed to be a long dining table. After that, all hell broke loose. Haha.. what I meant to say was the song and dance routine presented was depicting our KL traffic. The performers were just making lots of noise on the stage, movements everywhere, they made like buses, cars, traffic cops, pedestrians. This went on for about 5 mins? If I am not mistaken, this piece started out with a lady performer clucking like a chicken. 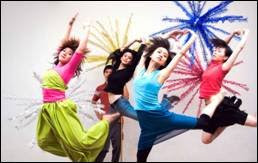 The next piece was a song in a Chinese dialect (could have been Hokkien, Teochew…not sure). The singer held up placards with key words like “impermanence”, “come with nothing”, “leave with nothing”, “my country”. My friend said that she was singing about her “Negara ku”. All the while when she was singing, there was this performer cycling around the stage. Bizarre!!

After that was an item on the various races in Malaysia. Performers came up one at a time and call out their race (China.. DLL*…Melayu...Indian) and they all congregated onto the dining table (this was the main prop of the entire show). Rather wacky but interesting. By the way, I know that when you are of Indian Chinese parentage, people call you a Chin-dian… but what if you are of a Melayu Chinese parentage. There was one performer who called himself a “Chi-layu”. 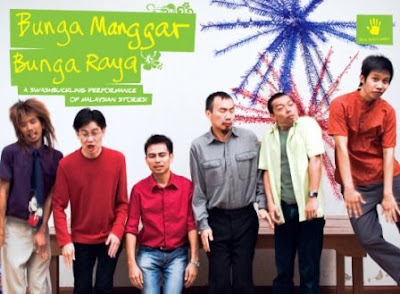 Subsequently, another chaotic piece…a bit disturbing as each performer was chanting “Will you please be quite, Please” at their own pitch, at their own pace. All this while, a performer was reading a police report of a robbery case. I gathered this piece was about the surpression of truth and justice? 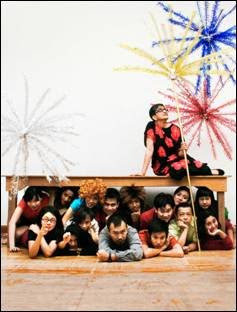 At the end of the entire performance, all I could think of is “wow...what happened back there?" I wouldn’t say that it had been a fantastic dance performance. I would say that it was a rather curious performance. Mmm.. this had to be experienced personally to be appreciated ;) 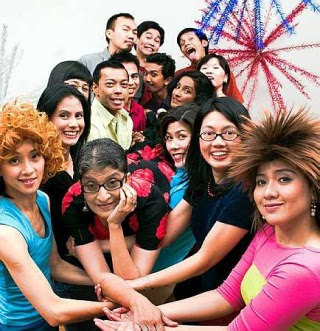 The motley crew of performers featured in this project include diverse, award-wining individuals such as:

But sorry folks, their run has ended yesterday! Maybe they might reprise the show if the demand is there.