Get Well Soon.. My Guru 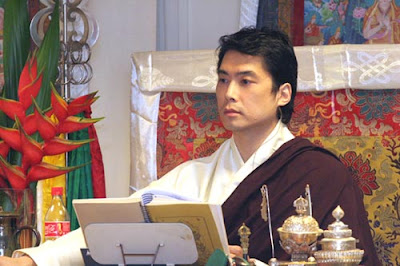 I am so very happy that my precious Guru H.E. Tsem Tulku Rinpoche is feeling much better today than he was yesterday. In fact, he has been rather unwell since 19 days ago. When I first heard that he was not well, I spoke to some of his liaisons whether H.E. would like to consider an alternative healing form such as Reiki Healing. However, at that time, his illness was rather acute and they were already administering Acupuncture and Herbal Medicine on him. I did get a very polite message telling me that they would prefer Rinpoche to complete the treatment by the Chinese sensei initially. So, I left it at that. That was on the 12th of September 2007.

We have been doing Medicine Pujas (prayers) and Long Life Mantras for H.E. for his speedy recovery since then and his situation has been fluctuating. Some days, it would seemed as though he was getting better, then we will have another heart stopping moment when his pain will come back worse than before. This was the situation during prayers on Monday night. Guru was in so much pain that most of us were feeling so scared and sad for the sufferings he was going through. We had a rather emotional session of prayers for him that night. 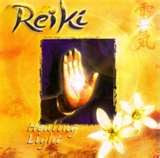 That was when I decided that I was not going to wait any longer for permission from anyone to do what I had to do. As I got back quite late that night, I was also down with infected lymph nodes which caused fever and a painful throat. I decided to take 2 panadols and call it a night. The next day, since I was still having the fever and bad throat, I decided to stay in bed and at the same time, commenced Reiki distance healing to my Guru. Reiki is actually a Japanese technique for stress reduction and relaxation that promotes healing. This is normally administered by “laying of hands” on the subject or person receiving the energy. Distance healing is when the channeler (in this case me) and my subject (my Guru) is not in the same place and reiki is carried out.

For more information on Reiki, click on these links…

What is Reiki?
Reiki Distance Healing

I did this for only 40 minutes as I had to rush off to the centre for the nightly prayers. This was yesterday night. Before we commenced prayers, we had an update from the President of the Dharma Centre. We were informed that Rinpoche was reportedly feeling “lighter in the head”, meaning no more intense headaches and nausea. He was well enough to even get out of bed. Hurrah! I am so very glad that finally after so many days, his headaches have gone.

When I got home, I started another round of Reiki distance healing process and this time I noticed that the energy field is no longer concentrated around the head region of the subject. I felt so very happy that things are improving for my Guru. I know that the sensei’s herbs and needles are working and if the reiki also contributed in any way, I am more than glad.

I am a 2nd level Reiki student and my belief in reiki was really reinforced when I had to channel Reiki energy to an ex-colleague who was having a spontaneous abortion right in the office during work hours…. But that is another story.
Posted by Unknown at Wednesday, September 19, 2007

OMG that episode in the office was scary! Glad that your guru is getting better

lucky that your guru is getting better now.
en en, you learn many things...

hey its tara, here is the website i was talking about where i made the extra summer cash.......... the website is here

Babe - yeah, that was an experience that neither she or I will ever forget.

Chenboon - thank you..I am glad that my Guru is getting much better. Ooo... there are a lot more things that I would like to learn..if only I had more time ;)

Tara - thank you for the website. Have a great day :D

u meant miscarraige right, not abortion..., if we're talking a bout the same person, it was a scary day indeed, especially when i asked her if she was preggie before she went on her jet ski holiday

Her doctor diagnosed abortion coz the body was getting rid of the featus on its own..i.e. expelling it out :O