HEROES will be back soon!

What does one do when one is stuck in the office and feeling dead sleepy? You do what I suggested in yesterday's post. So, I decided to appear very busy on the PC... surfing. And I found out that one of my favoritest show HEROES is commencing it's second season very soon. 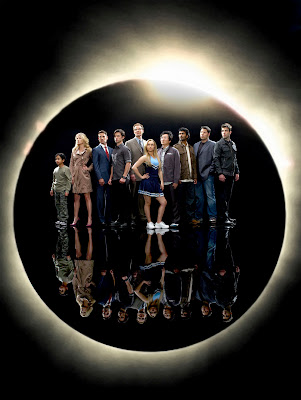 Season 2 begins at the conclusion of "How to Stop an Exploding Man", and will run in the 2007-2008 season. Hiro Nakamura lands in the middle of a seventeenth-century battlefield near Kyoto, Japan. Kensei is about to begin a battle with another family when the event is interrupted by an annular eclipse.

US audiences will be viewing the start of Season 2 on the 24th of September 2007 and I will be looking up very good friends of mine who downloads all the greatest stuff off the internet.
Posted by Unknown at Wednesday, September 05, 2007

*yawns* Why do they even bother with season 2?

the show was good until the end which was lukewarm....haih

Ya.. and all the Heroes are back except Isaac (who died in season 1) and Niki Sanders's husband (geez, I cannot even remember his name). I guess he didn't make it after been stabbed :(