What is a toy boy? FreeDictionary describes it as "a young man who is having a sexual relationship with a woman who is much older than him".

Answers.com describes it as "a sexual slang referring to a much younger
boyfriend of an older woman or man."

Nowadays, it has been used rather loosely and as a joke when older girls are caught with much younger guys. Well if there are sugar daddys, there must be sugar mummies.

I have started my own collection of "toy boys" and my "toy boys" are really cute, "I wanna pinch your cheeks" type of toy boys.

The first one on my list is Adrian. This is Adrian when I saw him when he was about 3. He actually "belongs" to my Uni-mate SK and his wife Audrey. He must be about 5 now but I suppose his parents must have seen me eyeing him when we met.. that's why his dad.... (soon to be my ex-friend if I don't see Adrian soon), keeps all gatherings in public eateries now. 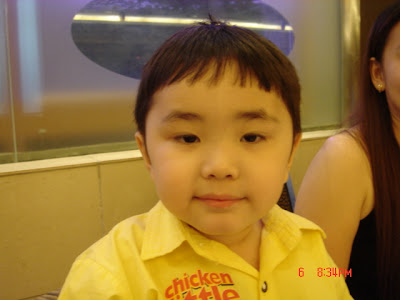 The second one is Baby Bryan. He is no longer a baby... or so claims his "big" sister Natie, who is 7. He is my little newphew. He is not yet two and he can be a real charmer.. when he chooses to be. He can also be a real Hantu (devil) if he does not get his way. Mmmm a real Jeckle and Hyde. I make sure I make myself scarce when he turns into Mr Hyde. 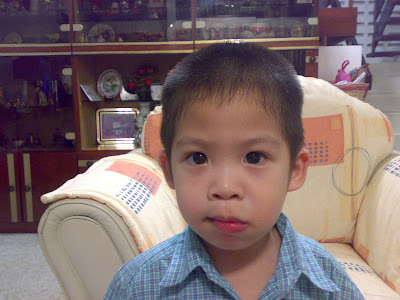 Caught this little cutie during one breakfast at La Bodega in Bangsar. His mummie didn't know that I took his picture.. but he was just too handsome and cute to resist :). So, this one.. no name, no details.... just a face. 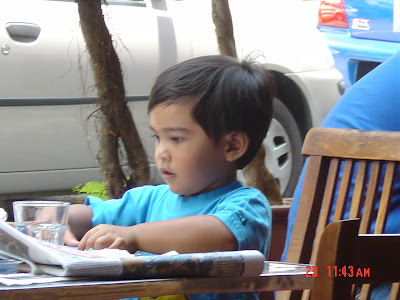 Last nite during a belated birthday treat for Babe, one of the surprise guest who came along was this little cutie. Correct me if I am wrong Dutch, but I think this is how your son's name is spelt, Nian Hau? He is coming to 2 years old and the only thing that he inherited from his dear ole dad is the love for food. This little cutie can be bought easily with a little bit of buttered bread but I found out that his weakness is MEAT. Mmm... let me cook up a pot of stew meat and I am ready to take him away. 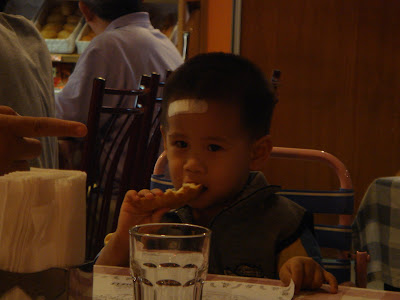 I know there are lots more little "toy boys" out there. Babe has one too but now she will definitely keep her precious boi boi away from me haha. I did not bring my camera the other day during Deric's house warming party. Else I would have "caught" another two little beaus. Well, mummies and daddies... run and hide if you must... but I will surely find you soon.... me & my camera....
Posted by Unknown at Wednesday, September 12, 2007