Have you ever come across as sales person who is so nice and accommodating that you want to give them as much business as you can? Ya Ya..call me a sucker.. maybe I am a sucker for nice people. Recently, I happen to come across such an individual. My friend and I were looking for new curtains and we chance upon a promotion at Macy’s in Ikano. 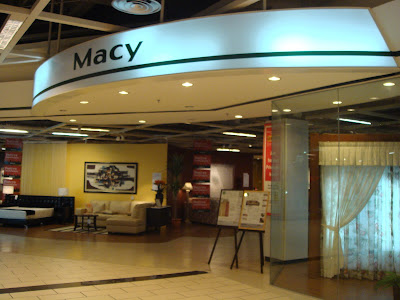 After having the measurements done at our individual houses, we were both given a card each with the name of the sales personnel to service our orders at Macy. It turned out that both the sales personnel were not around when we returned to Macy and we both ended up being attended to by this other sales staff named Kalai. He was a very nice fella very patient and very accommodating. I like people who can take teasing. Together we both would "cucuk" (make fun off) him for free stuff, free teh tarik and roti canai, further discounts and he took all of it in stride.

Collectively, we ended up not only with curtains from Macy, but also a load of furniture too. Haha.. would this make My friend a sucker too? Mmm.. that would probably be a yes too. Why? Coz when both of us returned to Macy yesterday night to select new raya fabrics for our curtains,she lugged her rich cousin over to be “milked” haha. 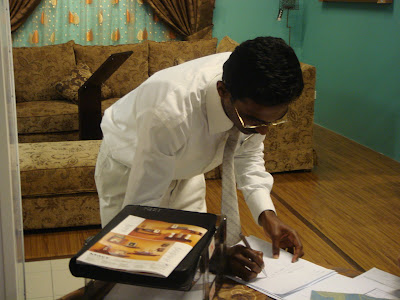 See, I always know that it pays to be nice. People would want to do things for nice people. Yah.. same goes with bosses too. I used to have a very nice boss by the name of Steve and I would run to the end of the world and back for him. Sigh.. he is someone else’s boss now. How I miss those days when working was such a pleasure…
Posted by Unknown at Thursday, September 20, 2007

I think i might be sucked into buying a bed from them too. Still thinking abt them or Ikea.

Mmm..what is going to help you decide..price, service, or the look of the bed??

actually if the have the bed in the light color i will take it from them. I have to wait until Oct to clear my some of my credit card.