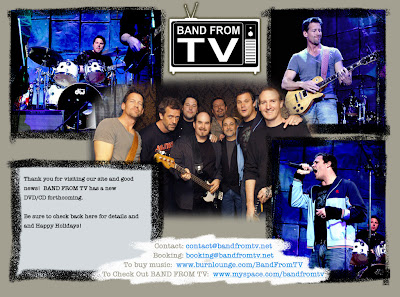 I was stacking up the older copies of the newspapers for doggie poop (nowadays, that is the only reason why I buy newspapers - for the advertisements and for my doggies' poop - coz for the "real" news, it is better to read it off the blogspace), I came across an article on the recent visit by some of the actors from the Heroes series to Singapore. What attracted me to the article was the interview with Greg Grunberg (Officer Matt Parkman). He talked about his all-star band called Band from TV. Besides Grunberg on drums, there's Desperate Housewives' James Denton on guitar, House's Hugh Laurie on piano and The Bachelor's Bob Guiney as singer, among others. Wow, I simply had to check it out..since my favorite Doctor Dr Greg House (cough cough.. I need my doctor quick quick) and my most dashing plumber (you can fix my taps anytime dahling ;>)Mike Delfino of DH are involved. 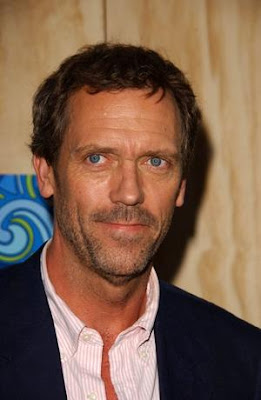 There are some of the comments from the interview with Greg Officer Parkman. 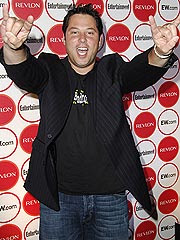 How did Band From TV start?

I was on the Dating Game, believe it or not, and met a former child actor named Brad Savage. He plays bass, and we played with another buddy of his and over the years, it turned into a portion of Band From TV. These are really good musicians, yet they all have day jobs, like Brad is a trailer movie editor for Universal. I was asked to play at a Guitar Center event, and I said let's get some celebrities behind it. I had just done House, and I asked Hugh Laurie if he wanted to play. Then I did a charity event with James Denton, and he's such a great guy. Then I met Bob Guiney at a charity event. Then actor Elon Gold introduced us to Bonnie Sommerville. Everyone brings their own flavor of music.

How does Band From TV work?

All the celebrities have a charity that they are behind. We opened up a 501 c3 non-profit in the name of the band so all of the money we get from gigs or the DVD we have coming out in September, and we just did two songs for the House soundtrack – all the money that comes in goes into a fund, and then we decide from there let's give some money to Save the Children, let's give some money to the Pediatric Epilepsy Project, let's help the Coalition Against Domestic Violence. It's a great way for us to live this rock and roll fantasy for whenever we play and get the word out about these charities and give them the funds and exposure they need. It's a win-win, and we are having a great time.

For more information on Band From TV, click here!