Free Tickets to Tunku the Musical 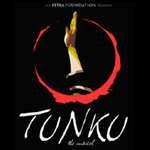 Had a rather busy weekend.. doing quite a few exciting stuff (my standards lah haha). But quickly, I just want to say that I really enjoyed Tunku the Musical. A few of my friends like Jeremy Ho Soon Yoon and Fang C were fantastic. Wish I knew Douglas Lim and Tony Eusoff personally. I can only claim to know them through my friend Melvin. 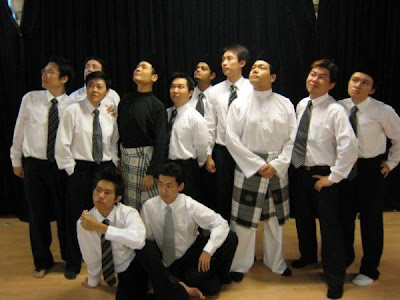 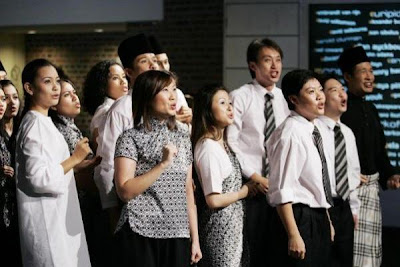 Borrowed this one too.. Fang is 3rd from the right

Anyway, I had a much much better time at Tunku the Musical.... not only because nobody took my seat haha.. but really, it was very well done. The songs were great, the effect of having the projection of various events in the past were interesting. I like the one which they had Tunku dancing. But the most impactful one was the rape scene. I was asked how I felt about it, was it too much, too shockingly real. Well, I am of the opinion that it has to be that "real" for it to sink in and make us realize the truth of that incident.

The ending was a mite abrupt but hey, it is a musical and they do have limited time. I would have loved to stay another 3 hours for them to bring the closure of the musical in a smoother manner, but I don't think the rest of the folks, actors or audiences would be able to "tahan" (endure).

Well, those who thought that they have missed the running of the musical, fret not. YTL Corporation has so generously offered to sponsor free passes to Tunku the Musical. They will be sponsoring five performances to held from the 12 Sept to 15 Sept at the KL Performing Arts Centre (KLPac). To get your free pass, please register at www.ytlcommunity.com. You should.... You must. Might see me there for my second dose.
Posted by Unknown at Monday, September 03, 2007