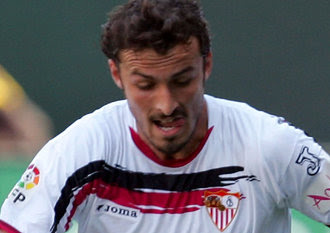 Another young one bits the dust. I find that it is rather worrying that more and more young people are dying from heart attacks. In the papers today, it was reported that Antonio Puerta, a 22 years young footballer collapsed and died after suffering a cardiac arrest during Saturday’s Primera Liga game.

It is no longer the case where only the elderly are at risk of suffering cardiac arrests. And I would understand it if the young person is a smoker, or is a person suffering from diabetes or high blood pressure. But it is rather difficult to accept death when the person is a super athlete and is very young.

Checked around the web to find out if such cases of young athletes suffering from such attacks were uncommon. Came across an article by the Daily Mail, dated all the way back to 16th February 1999. The article read… 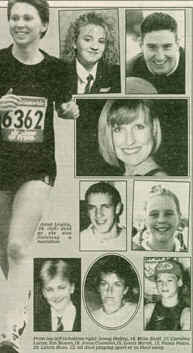 “The nine young people pictured here all died of a mysterious disease known as sudden adult death. Every week it claims the lives of an average of four people – making young heart attack almost as deadly as meningitis.

The victims, normally fit and healthy young men and women, usually die suddenly when their heart stops for no apparent reason. Some collapse and die while playing sport, whole others pass away in their sleep, all leaving their families devastated and bewildered.

A simple test can detect the illness, also known as Sudden Death Syndrome.

Sudden Death Syndrome is an umbrella term used for the many different causes of heart attacks in young people which can sometimes cause a sudden death.

There are 11 major causes of unexpected cardiac death in the young. These conditions include thickening of the heart muscle and irregularities of the electrical impulses, which upset the rhythm of the heart.”

Apparently adolescence is the most vulnerable time as sporty youngsters tend to stress their heart most. It is not the sport that kills; it is due to an underlying condition of the heart.

Some of the symptoms include breathlessness, palpitations, dizziness and fainting spells. The simplest way to diagnose cardiac abnormalities is by having the ECG (electrocardiogram) test which records the electric impulses of the heart. The other test is the echocardiogram, which is normally recommended by Gregory House (MD), my favorite doctor.

In terms of statistics, the death toll is not alarming but it is just worrying nevertheless. Just something to keep in mind when we have young friends who are exercise freaks or physical activity nuts.
Posted by Unknown at Wednesday, August 29, 2007

Hi !.
might , perhaps curious to know how one can reach 2000 per day of income .
There is no need to invest much at first. You may commense earning with as small sum of money as 20-100 dollars.

AimTrust is what you thought of all the time
The firm incorporates an offshore structure with advanced asset management technologies in production and delivery of pipes for oil and gas.

It is based in Panama with offices everywhere: In USA, Canada, Cyprus.
Do you want to become really rich in short time?
That`s your chance That`s what you wish in the long run!

I`m happy and lucky, I started to get income with the help of this company,
and I invite you to do the same. If it gets down to select a correct companion utilizes your funds in a right way - that`s the AimTrust!.
I take now up to 2G every day, and my first deposit was 1 grand only!
It`s easy to join , just click this link http://kaliwoto.o-f.com/domakaz.html
and lucky you`re! Let`s take this option together to feel the smell of real money

Good day !.
You may , perhaps very interested to know how one can collect a huge starting capital .
There is no need to invest much at first. You may begin to receive yields with as small sum of money as 20-100 dollars.

AimTrust is what you haven`t ever dreamt of such a chance to become rich
AimTrust represents an offshore structure with advanced asset management technologies in production and delivery of pipes for oil and gas.

Its head office is in Panama with offices around the world.
Do you want to become really rich in short time?
That`s your chance That`s what you desire!

I`m happy and lucky, I began to get income with the help of this company,
and I invite you to do the same. If it gets down to choose a correct companion utilizes your savings in a right way - that`s it!.
I earn US$2,000 per day, and what I started with was a funny sum of 500 bucks!
It`s easy to start , just click this link http://hinizihazu.lookseekpages.com/kolaci.html
and go! Let`s take this option together to become rich

Good day, sun shines!
There have been times of troubles when I felt unhappy missing knowledge about opportunities of getting high yields on investments. I was a dump and downright stupid person.
I have never thought that there weren't any need in big starting capital.
Now, I feel good, I started take up real money.
It's all about how to choose a proper companion who uses your money in a right way - that is incorporate it in real deals, parts and divides the income with me.