The Prevention of Parent’s cruelty when naming their kids

Last Friday, a New Zealand coupled was blocked from naming their baby 4Real has instead settled on Superman. Were they nuts? 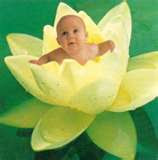 There was an article in yesterday’s newspaper on why Chinese and Malays seek to change their names. Looks like the Indian parents are the most sane and logical ones when it comes to naming their babies.

This morning on my fav radio station, they were getting callers to send in the weirdest names they have come across. From their inputs, it would seem that some parents are either idiots or morons. Yeah, sure they want special names for their new born but please lah.. use some common sense and if you don’t have that.. just keep it simple.

As you will see, some parents-to-be have gone so far into the realm of baby-obsession they have lost track of the real, adult world. Their view is so skewed their only concerns are a) making their child "unique" and b) trying to keep the kid from being teased, often with terrible results.

I have a friend named Matahari binte Mustapha in school but she is far from the little sunshine her name suggests. She was in my standard 1 class and she cried every morning until mum had to sit outside of our classroom for the entire first term.

My auntie who is now in her late 50s answers to the name Baby Yeoh and the name Baby is in her birth certificate and identity card. I have a colleague who named her son using the biblical name Enoch. It is a wonderful name but if your son attends any school with regular children, the poor boy is likely to be called Eunuch before the day is out on his first day of school.

At my job with a tobacco company in the 90s, I use to meet up with many cigarette distributors and there was one particular uncle who must be so indebted to the cigarette company for raking in the dough for him that he insisted all his grandsons be named after the cigarette brands. One day, when I was over to his shop in Termeloh, I met Benson, Hedges and Kent. I wonder if they are all grown up today and are smokers?

The funny thing is a lot of the strangest names come from Hong Kong. I know of a guy name Hymen. The name came up again on this morning’s radio together with his other friends from Hong Kong… a Vagina, a Flora, a Fauna….I must have missed the rest. They get the cake for the most thought provoking names. Of course there was one guy called “Pu Ki” in Malaysia who was apparently allowed by the National Registration Department to change his name.

The American celebrities are also trying to out do each other with their baby’s names too and these are only some which may have missed by us they are not as “popular” as the Beckams or the JolieBrat’s kids.