The book was entitled "Put What Where?" It was a book that a friend got very recently amongst a whole heap of very interesting reads which he picked up from BookXcess. 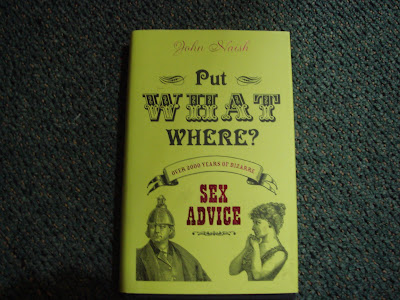 The book promises many things, amongst one which gives one insights on Vintage Viagra forms. 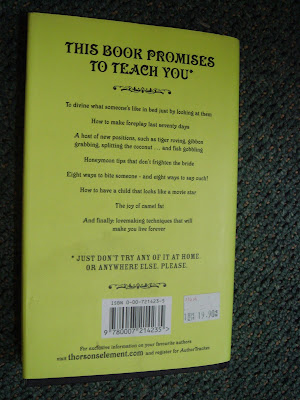 The first one listed was by Rantimanjari of Jeyadeva (A Posy of Love - India, c. 16th Century). It reads "A woman wets immediately if she is sprinkled with powder made from the two teeth of a king, mixed with the two wings of a bee, powdered, and a petal blown by the wind from a funeral wreath".

The weirdest was the one by Smarakridalaksana (The Art of Love Play - Bali, 19th century). This is how it goes...

"Obtain the penis of a wild boar, then roast it until it's done.

Then chant this mantra:

Om, I become the God of love, with a penis like the penis of a boar.

My penis is vigorous, entering the pure hole of a virgin woman.

If the boar's penis is defeated by earth, my penis will be sexually defeated by her vagina in sex.

If the boar's penis is not defeated by earth, my penis will not be defeated by her vagina.

Then, after eating the roast boar's penis, drink aged rice wine until you are drunk". 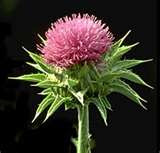 There is even one for the pleasure of ladies by Giovanni Marinello, Medicine Pertinent to the Infirmities of Woman (Italy, 1563). It suggests..."Find 90 of the little grubs that live in plants that give off milk, such as the thistle. Throw them in a litre of old olive oil. Leave in the sun for seven days. Rub it on your loins and between your backside and penis.

This will give her a great experience which she will greatly appreicate".

Woah.. what a book... of course I know some of people will say "WTF... only an idiot will waste time reading such nonsense". Me.. I am just that idiot who likes all things unconventional and unorthodox... I am going to borrow this book from my friend the minute he is done with it...Can't wait.
Posted by Unknown at Tuesday, August 28, 2007