God helps those who help themselves

When I was in school, a teacher shared a story with me that made such an impact on me that I can still recall it vividly. It was a story about this guy who felt that his faith in God is very strong and his God will always be there to help him. One day, he heard over the radio that heavy rains were predicted and people living near the river bank must start moving to higher grounds. He told himself not to worry as he has great faith that his God will take care of him.

Several days, the rain did not stop and the river waters were overflowing the banks. People came on boats with loudspeakers to save those whose homes will soon to be submerged. The guy refused to move and believes that his God will take care of him.

Soon, his house was totally submerged and he had to move himself up to the roof of his little hut. A helicopter flew over to pick up people who are stranded. Again he refused to budge as he thinks his faith in his God is enough. Needless to say, he succumbed to the floods and when he met God, he asked “God.. I had faith that you will save me from the floods. What happened?”. God said “What do you mean? I sent you a message on the radio, boats to save you and even a helicopter? I cannot save those who does not want to save themselves?”

What brought about this story? I was browsing the newspaper and saw that the Kiwanis Job Training Centre is organizing a car wash fundraising campaign this Sunday to raise funds for the purchase of a new van to ferry its students. I find that very commendable. Groups, centers and organizations must think of ways to help themselves instead of just holding on their faiths and believing in charity and donations alone. So, I would like to urge friends to go support them. 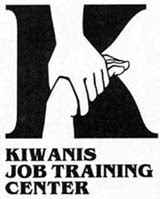 The car wash will be done at