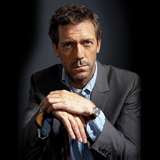 And that is the opinion of Dr Gregory House MD. I think it must be the buzz word that is going around lately. I read this in the local magazine “Off the Edge” – August issue and I am very sure I saw it in one of the articles in one of the local dailies just this week.

So, is it true? Does everyone lie? Big lies, small lies, white lies, lying about not lying haha.. I suppose we all have a tendency to bend the truth a little some time. But what is more important is, can you spot a liar? 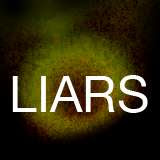 There is apparently a book by David Lieberman entitled “Never Be Lied to Again” which talks about the unconscious mannerisms of those who are lying. However, do note that one mannerism does not mean lying. Even several mannerisms do not mean someone is lying. However, seeing a cluster of mannerism may then lead one to conclude that the probability of lying has increased.

Someone gave me this tip on how to spot a liar. Apparently, there is only a 60% chance that someone is telling the truth if they do not use contractions when they speak. Instead of saying “Hey, I didn’t do that!” a liar is more prone to say “Hey,

I did not do that!” Apparently, ex-US President Bill Clinton when interviewed on television said “Hey, I did not have sexual relations with that woman, Ms Lewinski”.

It has also been documented that liars can be detected via their body language. In the past, reading body language to judge guilt has been applied in some Tribal groups. To figure if a native has committed a crime, pain tests are used, such as dipping a hand in boiling water, walking on fiery coals. So, if the native’s hand came out scaled after the dip, the guilt is proven. Luckily such judging process does not exist anymore. How many times can one stand having one’s hand boiled in water?

Here are some tips I’ve got from the net on lying and behaviors that will help us tell if someone is telling the truth. OR better still for us to know ahead of time if we are aspiring liars (smirk)

Some people give away signs of lying without even realizing it. These are not as accurate as a lie detector, but here are some possible indications and what to look for:

• They add way too many details to their story. Sometimes so many that it starts to sound ridiculous because most people don’t keep track of a lot of silly details. “Then I stopped and noticed a piece of gum on the sidewalk.” or some other silly irrelevant detail.

• Frequent blinking. Maybe they’re trying to unconsciously hide their lie by doing this, but instead give it away. (Keep in mind there are other reasons for excessive blinking such as sensitive eyes or contact lenses)

• Their eyebrows become raised. This is not proof of lying on its own, but combined with other things it does tend to signify defensiveness. If they know about the blinking they tend to do this to over compensate. This one in particular seems hard for people to stop doing.

• Overreacting by immediately acting angry and defensive, perhaps to try to force a change of subject or to make the person submit to their story.

• They cover their mouth as if to cover the lie. A lot of face touching in general is not a good sign.

• Instead of answering a question with a straight answer, they will echo back what you just asked them. Example: “Did you take that cookie?” “Are you asking me if I took that cookie?”

• The accused becomes the accuser by pointing the finger and projecting the misdeed elsewhere.

• If you attempt to change the subject with a liar, they will readily agree but if the person is telling the truth, they often want to talk it out till it’s resolved.

• They start talking way too fast or completely change their pitch or tone of voice.

• The playing dumb ploy. “What are you talking about?” or “Why would you say that?” and of course looking appropriately shocked and confused.

• Stammering and pausing in between as if trying to gather their thoughts. (A lie requires a lot more time to think.)

All of these of course offer no conclusive proof of lying as there are other possible reasons for many of the behaviors or reactions, but the more signs there are the more likely the person is lying. 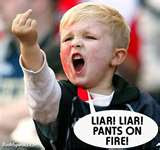 I personally use physiognomy (face reading) to help me access the honesty of a person. Again it is not fool proof but when a person has small squinty eyes, a crooked nose and thin lips, likelihood the tendency to lie is higher. Will be resurrecting my other blog on Unconventional Knowledge soon on Physiognomy…a very interesting tool to have when you need to appraise the people you interact with.