I so wanted to go shopping yesterday but since it was a holiday.. woke up rather late.. and by the time i did the morning prayers plus a bit a house chores, it was almost noon. Decided not to go out just yet. I was imagining the long line of cars trying to get into the various shopping malls.

Anyway, I opened up the fridge to see what there was in there. Saw some steaks that was going to expire by this weekend. Took 2 pieces out and some broccoli out from the fridge, a can of Campbell's soup from the larder and some potatoes. 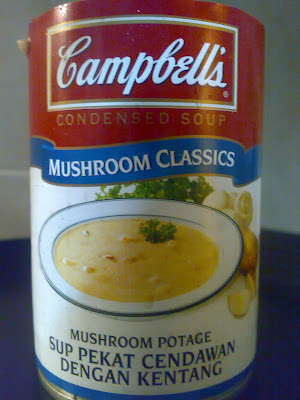 Before I started cooking, I went and googled the web for some brown sauce recipe. Found one for the Basic Brown Sauce and the other under Chinese Brown Sauce.

Mmm.. they both sounded a little complicated... so I cheated. I made sure that when I pan fried the steak, I kept most of the juice from the steak. After they were done, I just added water, soya sauce, sugar and flour to make the gravy. Heehee..ok lah.. not the real stuff but I think good enough for home-cooked food.

This is the nice yummy Campbell Soup 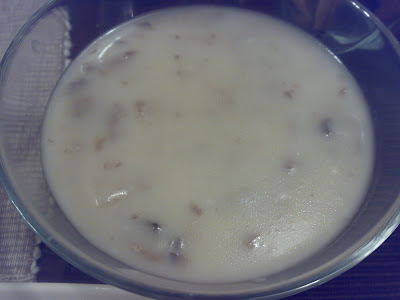 The 2 pieces of steak with broccoli and potatoes 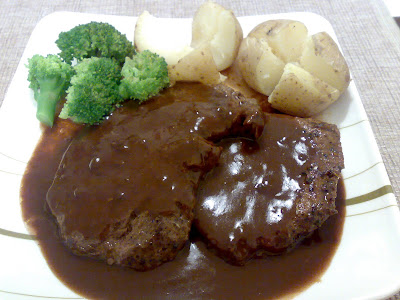 I did this up as a dish for vegetarians...mashed eggs, broccoli, potatoes and toasts. 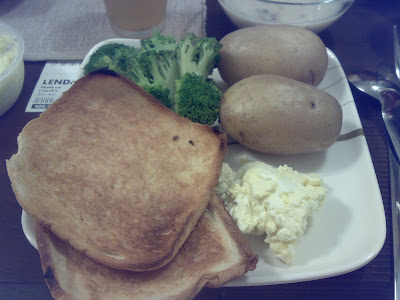 Wow, yozoranitesky...your home made steak looks so yummy! As good as those in restaurants!! You're such a good cook eh... :)

heehee..i bet you can cook even better supergirlfriend..with super powers heehee...no super power so...the soup is from the tin and the steak just fried...and the sauce..cheated..

You started without inviting me? I want!!!!!