Writer's Strike and it's impact on the faithful audiences :( like MUA! 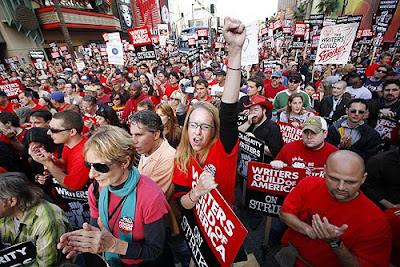 "Johnny Depp movie hit by writer's strike" read the papers today. I was just having this conversation with JW yesterday regarding the possibility of not getting anymore of some of my favourite shows from DC by December if the strike by the Writers Guild of America is not settled soon. Christmas time will be reruns... what a horrible thought.

The Los Angeles Times published a list of shows that will be affected and I have extracted the partial list here which includes those which I like to watch. Surely at least one of them is your favourite too :(. 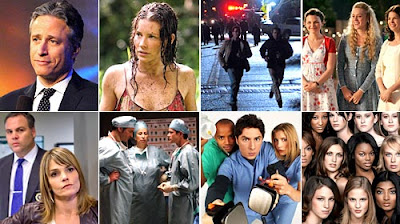 Daytime
"Ellen: The Ellen DeGeneres Show" - DeGeneres has decided to go ahead with her show.

FX
"Nip/Tuck" - Will have 14 of 14 episodes completed. PHEW!!
"The Shield" - Production on the series finale is underway. No air date set.

And it's all about money. Then somehow they will start to blame it on piracy.... and then blame it on the viewers who doesn't support them by buying pirated.

At least give us some good storyline and good acting, then only we will consider buying.

You've got a point there Kenny.. nvm.. i will watch more chinese serials whilst waiting for these Americans to settle their dispute :)

what am I going to do during the holidays !!!!! All my shows only got a max abt 13 and I dont watch chinese shows. I think i will stock up on PS II games.