I had a tremendously busy weekend but no complaints at all. Many events took place but the highlight was of course the Tsem Kacho Ling Retreat Centre Prayers at Genting Sempah. 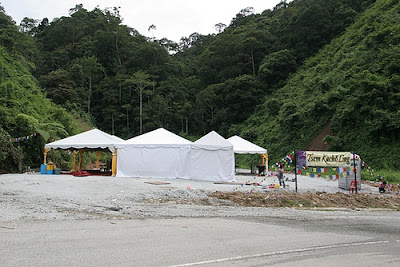 They informed us much earlier that there will be very limited car park space there so, buses were chartered to transport the many members, students, sponsors and friends for Kechara there. There were 3 bus loads that left Kechara House 2 at 10:45am on Saturday morning. I must say the atmosphere reeked with joy, excitement and happiness. And there was also a chance to meet up friends from faraway places, within and outside of Malaysia.

The buses arrived at the location at 12:30pm and it was fantastic to arrive to see all the efforts taken by many of our volunteers to prepare the place so well for the prayers. 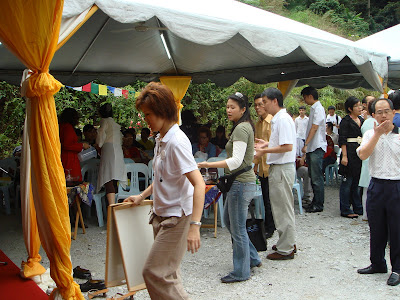 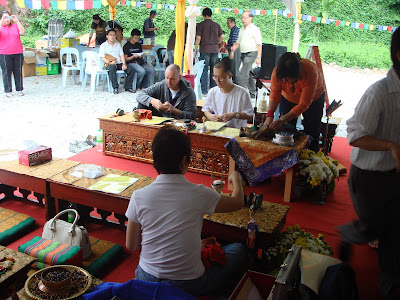 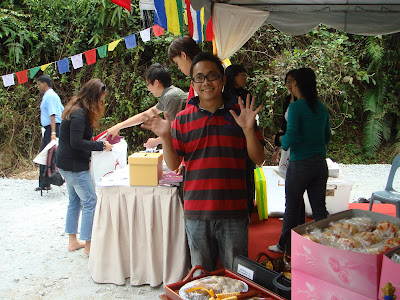 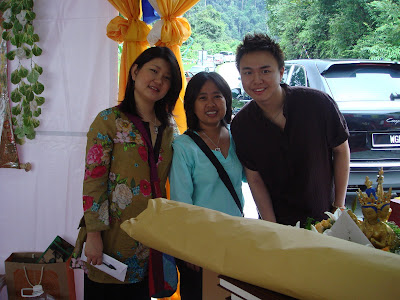 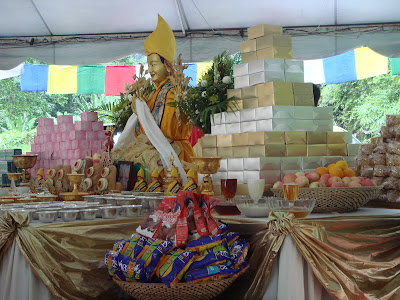 My Guru H.E. Tsem Tulku Ripoche arrived at around 1:20pm and before the prayers commenced, we all had the good merits to receive a brief dharma talk from my Rinpoche. He spoke of the realization of his dreams to set up a beautiful place of retreat for the people of Malaysia. Even for those of other faiths, they are more than welcome to stop by at this future retreat centre to just enjoy the beauty of nature, it’s tranquility away from the hustle and bustle of KL city, which is just less than 40mins away. 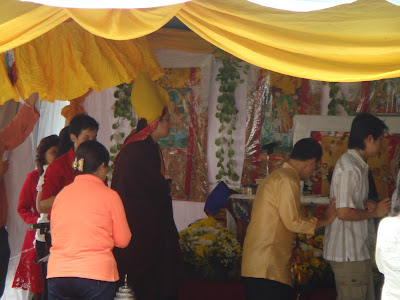 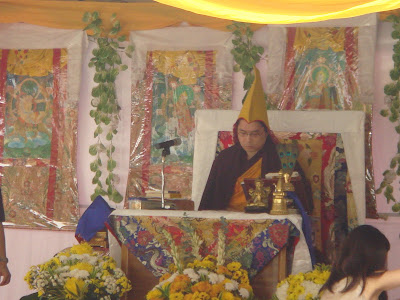 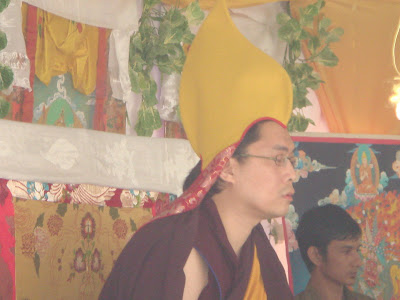 In the midst of Rinpoche’s talk, as if on cue, when Rinpoche was talking about visitors from all walks of life and near and far coming today for the prayers to consecrate the land, we all heard a loud wail. Immediately, Rinpoche announced that the land deities have arrived. We saw that one of Rinpoche’s senior students got up from her place and virtually waltz towards Rinpoche’s throne. She was uttering incoherently and from her actions, we could see that she was paying respect to Rinpoche. Rinpoche informed that there were as many as 6 land deities present and was using the student as a vehicle for them to indicate their presence and pay their respects to Rinpoche. 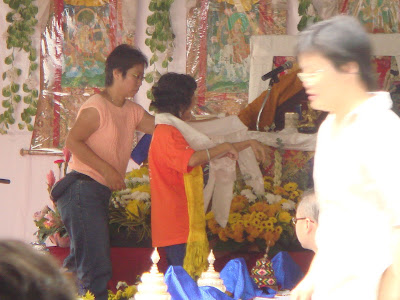 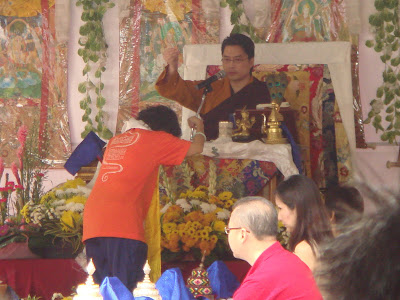 The entire thing was over in a couple of minutes and everything was back to normal after that. It was all very exciting. Prayers commenced not long after that. 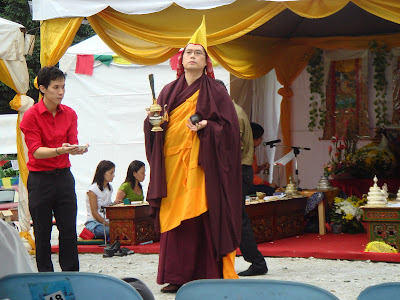 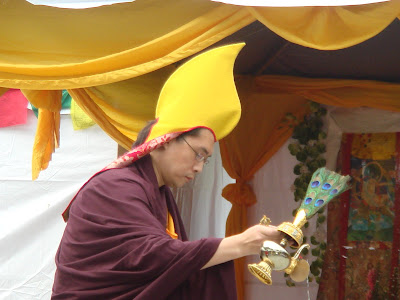 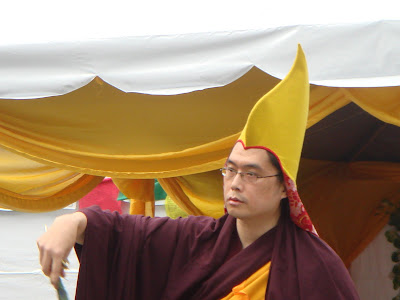 The weather was very strange. We all knew that it was raining in parts of KL and Selangor, heavier in some areas than others. However, at Tsem Kacho Ling, the sky looked overcast and threatening at times but the rain was like it was being held back for this special occasion. At worse, there was a very fine drizzle and by the time it did come down, we hardly felt the drops touch our bodies.

The prayers ended at about 6pm and everyone was presented with gifts and food from Kechara House to mark this very special and auspicious occasion. This is the first of several sessions of prayers. I do hope that I will be invited to attend all of them. The buses came at about 7pm to pick us up. What a wonderful experience.

That wonderful, I was there as well, I taught I wasn't able to have any flash back for the event, but I was more than happy to found your blog. It was also an auspicious day for me after 1 year of learning and listening the Dhamma on the website by Rinpoche, is through this event I meet Rinpoche for the first time. Thank you for the flash back. By the way nice to meet you...

Hi Andy. So happy to meet with fellow students on the internet. Were you the one who passed me the RM20 for the bus fare at KH2? Hope to meet you again at the activities of KH. Take care :)

Hi, sorry to bother you, do you mind if i extract some of your Tsem Kacho Ling pix? I just want to put in in my blog...u can view it at www.creativesmaneuver.wordpress.com

What a nice video you captured during the retreat land blessing of something esoteric, very smart and alert for you to do that on the spot, I believe many will like this knd of impromptu video, please do more in the future!