I was reading the post of one of my dharma friends in our Lama’s forum. She wrote about her family members and friends having the abilities to see ghosts. I don’t deny the existence of spirits, ghosts, energies and the 4th dimension of space and time. But I also believe that most of us do not have this ability “to see ghosts”, not that we want that kind of ability. But I believe that in the moment when joy, anger, sadness, fear, love, hate or desire arises, wisdom is cut off. Emotion turns wisdom into false thinking (Flower Adornment Sutra). 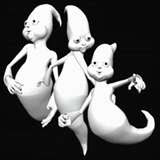 I remember the time when 4 of us were still in University in Australia. It was a dark, dark night. I think it was the horror season on TV. After dinner, at about 8pm, we 4 girls decided to get cozy in the TV room to watch Salem’s Lot. Come to think of it, the show was not exactly that frightening. The TV lounge had only 2 bulbs of 40Watts coz the others had fused and we’ve forgotten to buy replacements. So, the mood was really set for a good horror movie.

Half way through the show, one of the girls heard some rustling from the back of the house. That was probably what started it all. Then, we heard a scratching sound on the glass window in the TV room. All hell broke loose and we started to scream, whimper and virtually scare ourselves silly. The bravest one of us went out to the corridor with the rest of the cowards tagging behind, made for the phone and called up a guy Uni-mate who lives not far from us. He came rushing to our house with some of his friends thinking that we girls were probably going to be robbed and raped. His furious knockings on our front door actually started another bout of screaming until we heard his voice calling “Can you all Shut the F**K up and let us in”. 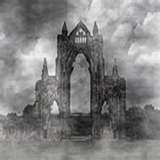 After going through the back yard, we found nothing except 2 empty garbage bags which were rolling around in the wind. This was accidentally left there by my idiot housemate coz she was mowing the backyard that afternoon and probably forgot to pick them up. The scratching on the window turned out to be a dead branch from the tree that must have fallen due to the sudden wind (which also accounted for the rustling of the garbage bags). Well, so much of the undead from Salem’s Lot materializing at our backyard and front porch.

See, it all started from the emotion called fear and it slowly grew and grew until wisdom flew out of the window. Thinking about it now, it would have been more scary and dangerous if what was out there was human and its objective was to hurt. I suppose some people may consider ghosts to be evil too because they have more negative energy than positive, but it does not necessarily mean they want to harm people in the physical form. They most likely want to generate fear and let the human do the rest. Most harm or hurt comes to people who let this fear take over. So, if ever anyone of you think that you are in the presence of a ghostly situation, take control of your emotions and tell yourself… actually humans are more fearful and scary than ghosts. Have a look at yourself in the mirror in the mornings after a few beers the night before or for me, on a bad hair day morning eeeekkkk !