A relaxed time at home during the break..:)

On the first morning of my so well deserved break after a whole year of slogging in the office, I decided to cook me a nice but simple breakfast of eggs and sausages. It really feels so good to wake up only when you feel like waking up and not when the stupid alarm clock rings to get you up. I got up at about 9ish so, by the time I had this.. it was actually brunch time. 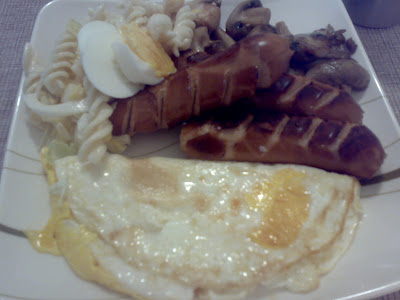 After brunch... was feeling like a sloth. It's like I've got all the time in the world..so, what to do first leh?? Decided to go back to sleep.. buahaha.

At 3pm.. was feeling rather hungry. Too late for lunch.. and too early for dinner. What to eat wor?? Hawkers are also not opened at 3pm and even if they were, what's left is probably the remnants of what cannot be sold at lunch. So, opened the fridge and rummaged for leftovers... Zilch..nothing except some rice from last nite.

Fried rice with one vege would be what I will make lah for "high tea" :D. 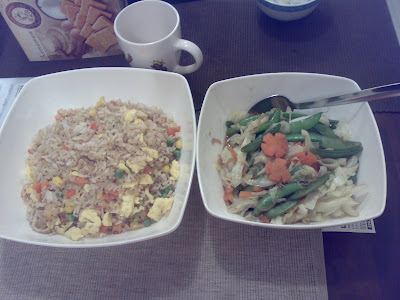 Geez.. kinda messed up my meals but hey.. I am on vacation..relax wor...heehee.

After that, dug out the "few" cookbooks that I have (few = more than 20 books at least) and salivated over the photos of all the yummy and delicious food. Won't be lending anyone these books anytime soon.... have to hang them out to dry after drooling all over them.... haha.

To cut the long story short, during my short break at the end of last year, I tried to polish up what little cooking skills I have. Some turned out edible, some turned out charred.. which was quickly thrown away without leaving any evidence of the disaster. Next break I take, maybe I will enroll for some cooking classes.. :p 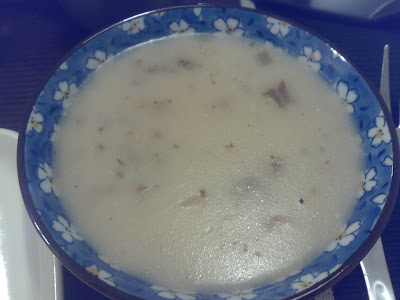 Campbell Mushroom Soup straight off the can 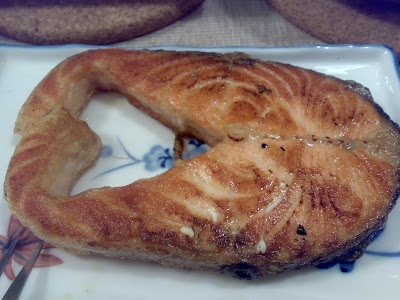 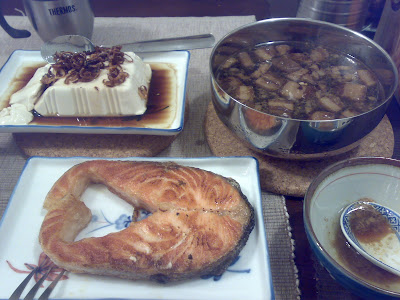 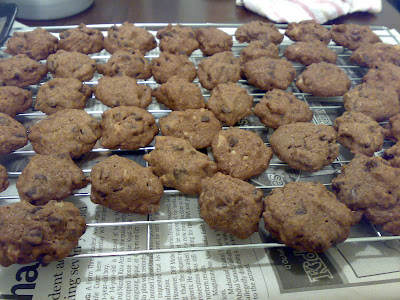 wah wat a feast!!! yr briyani long time back is still etched in my memory. so when u gonna cook that?? i'm an ever willing test bunny if u decided to cook again :p

wah...the cookies..Y! why why why did you bake sooooo many cookies??!! Making me jealous again. Haha... :p

babe : that time wor... can feed an army.. i will definitely try again soon but maybe you have to cook the curry to go with it ;)

superheroes : heehee.. when you follow the recipe.. this will be the quantity you'll end up with lor :D

kljs : one day.... when you come to kl..i will make you some cookies to take home :D

i know you also can bake them dcyk.. you seem to be a pretty good cook yourself wor :D