My first Yee Sang this year :)

Yee Sang is actually an appetizer salad served during Chinese New Year. It usually consists of strips of raw fish (most commonly salmon), mixed with shredded vegetables and a variety of sauces and condiments, among other ingredients. Literally translated, "Yee Sang" or "Yu Sheng" means "raw fish", though it can also be taken to symbolise abundance, prosperity and vigor. If you are really interested to make the dish yourself, I stumbled upon Lily's blog Hearth and Home and she has a lovely recipe there just for you :). 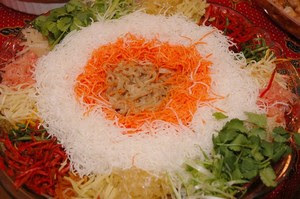 This pic is "borrowed" from Lily's blog
I have always assumed that this dish originated from Hong Kong or China but my friends informed me that it is actually a dish that originated in Malaysia. When I checked the Wiki, it said that as a delicacy, the raw fish dish was invented in China 1,500 years ago. But as a Yee Sang dish, with all the yummy side crunchies added was originated from Kuala Lumpur in the early 1950s... haha.. so, now I know.

It was mum's chinese birthday last Saturday. So the entire family went to La La Chong Seafood Restaurant for dinner. There were 8 adults (including the maid and boy..can she eat us to the poor house heehee) and 3 kiddos. We made a bookings for 7pm and at 7pm, the entire restaurant was full, noisy and feeling like Chinese New Year. By the way, I was told by the manager there that this is a HALAL restaurant. So our Muslim friends can come try out this place. 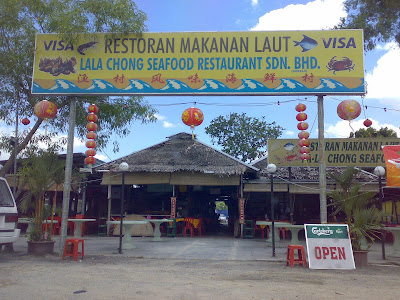 Could only take a photo of the Yee Sang and the 4 Seasons... you see..my family...and I.. we share the same genetic make-up when it comes to food. Before I could take out my camera... SWOOSH.. the chopsticks came down and every dish was wiped clean..BUAHAHA... no lah.. I was too impressed with the great food that I forgot to take the photos until it was almost too late. 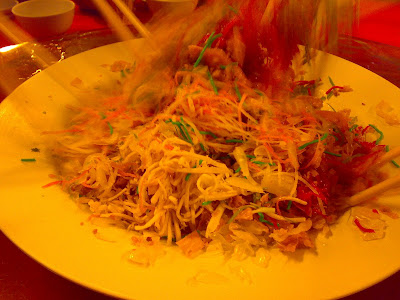 We were in the heat of the act of Low Sang 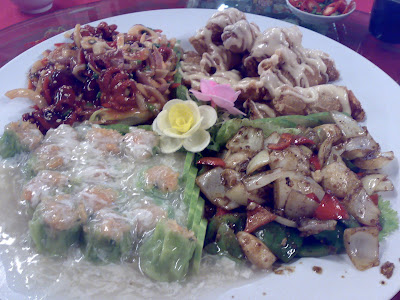 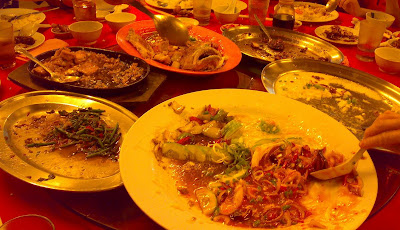 Opps.. forgot to put the address of the restaurant..will amend my post. It is situated right opposite Terminal 3 of Subang Airport. Hee Hee..i love yee sang.. can eat it everyday :)

The place is quite nice to eat. Quite reasonable. I went there twice already.

Hey.. you gave me a good idea maybe we can have yee sang on Sat. Let me see if I can find a place near my house to buy.

oh goody.. having one of my fav food again soon...yippeeeeee

hi anonymous..is that a fact? does not matter...just glad that we've got such a sumptuous salad appetizer available :)