It is Man's basic nature to be curious and at the same time fearful of the unknown. The new year has just started and some of my friends have been calling me to see if I am free to do a smite of reading for them. Some have been very nice about it.. like they start with "Hey.. how have you been keeping? Are you like very busy??" By the 3rd sentence, they would pop out the real reason as to why they were talking to me in the first place ... "Can you do a reading for me ah?".

There was this one guy who turned rather nasty on me by calling me dirty names over the MSN. He has seen several astrology masters and when I tell him certain things, he says "yeah, I know that already". So, what the heck does he want to know since he knows everything already!!!.

Reading one's future is an arts & science thing. It can be a very sensitive subject matter indeed. For everyone who is interested in knowing what the future holds for them, there are 10 others who either thinks it’s a scam or against their religion or just not the thing for them.

It is my personal believe that to know what the future holds for you means you have that added advantage in the planning of your future. For example, if it written in your cards, or palms or whatever that you are more suited to a job which involved moving around, i.e. not desk bound, shouldn't you then make plans to go into a career that offers that kind of opportunity? Or if the next few years are going to be very positive and auspicious times, shouldn't you maximize your potential then. Alternatively, it is the reverse, and then maybe more time should be spent in self development or something which does not involve moving too aggressively in one's career?

I have always been curious about my own future and that was one of the reasons why I took up the study of Bazi (4 Pillars of Destiny) with Master Joey Yap. It has been a long road but I am glad to say that I have completed my diploma in Bazi with the Mastery Academy. I know that there are many other forms of study but some of them are not easy to learn or readily available. There is one very interesting form of readings that I would really like to explore.. not in terms of studying it, but more of checking it out to see how it runs alongside with the study of Bazi. This is what they call the Naadi Palm Leaves reading. But a friend also told me that very good Naadi Palm Leaf readers are in Chennai. Sign.. what a long way to travel just to have your astrology read :(. 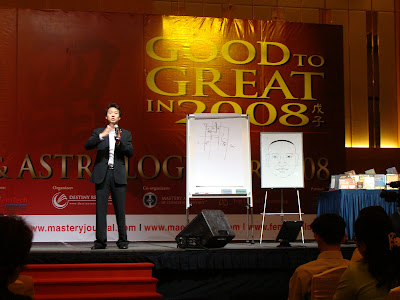 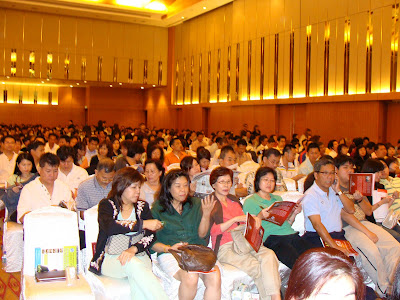 Ballroom 1 & 2 KL Convention Centre, bursting at it's seams with more than 3000 people

I was at the Feng Shui & Astrology Seminar for 2008 conducted by Joey Yap yesterday. The crowd was 3000 thick. They kept having to add chairs at the back of the hall. It's a wonder that people didn't have to sit on each other's laps. He was his usual self, humorous, at times sarcastic but totally practical with his suggestions and explanations. It was an extremely interesting seminar. 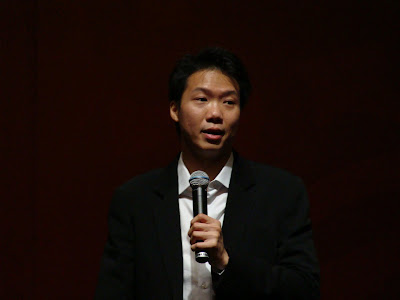 In a nutshell, his advice for everyone is not to be fixated with what one reads from his/her destiny chart. The destiny chart reveals the person's capacity and potential in life. What is more important is what one's does with it. His words of wisdom has always been "It is not the cards life has dealt you with .... it is how you play those cards that counts!".

He also mentioned that the horoscopes and astrological predictions that one reads in the Sunday papers are published with the intention to entertain as they are very general in nature. It’s objective is for people to have fun, read it with a large pinch of salt and generally forget about it. Why? Well, if it was written all those born in the year of the Tiger will likely meet with an accident, then all the hospitals in the world would not be enough to house the 1/12 ratio of the billions of people in the entire world born in the year of theTiger. That would be ridiculous wouldn’t it?? 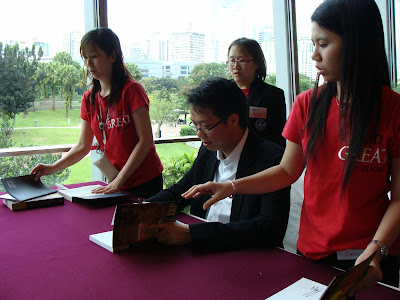 Anyways, he did mention that generally the effects of a year on any person will depend on the hour, date, month and year in which he or she was born in. Interesting isn’t it. I will try to consolidate all that he presented yesterday and put in into a file. If you are interested, do drop me a tinkle :). Or you can can also read what he has to say in today's The Star's article. 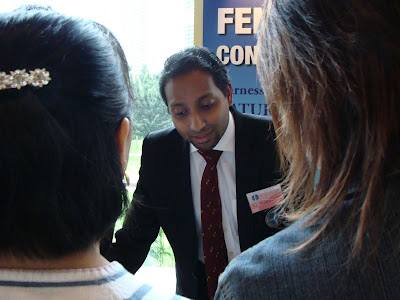 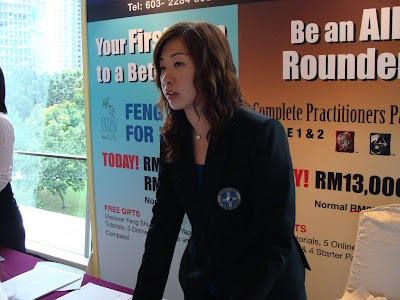 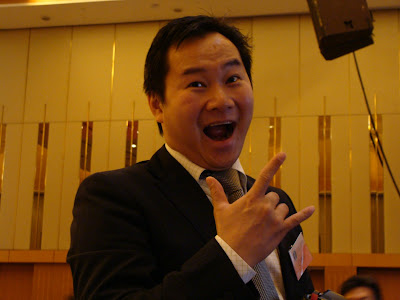 WOW, Y...how come you know about this feng shui / astrology thingee??!! Hehe.. you are full of surprises eh! :p

hi superheroes. hope you both had a great weekend. Yah.. I took up the study of fengshui, chinese astrology and face reading since 2003. KPC mah.. heehee

HI
This may be crude but can you do a reading for me? I have always been fascinated by astrology fengshui palmistry etc...

Hi Stumpbo..so nice of you to drop in... sure, no problem to set you off with a few pointers when the new year of the Earth Rat kicks off on the 4th Feb 2008. Write me yr details..to nypl118@gmail.com

the most advanced astrology horoscope readings on the planet