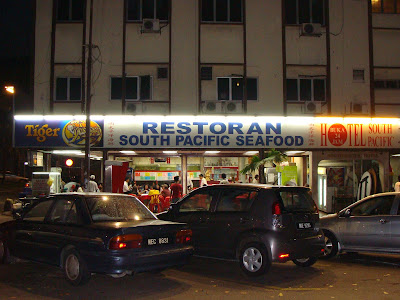 I went for dinner yesterday evening at the South Pacific Seafood Restaurant in PJ (near MPPJ Building). Started out to be just a quiet dinner with 4 of my regular girlfriends. But since one of our good friend was coming in from Hong Kong for a visit, I decided to call a few more. Anyway, some of them called several others (which nobody really minded) who happened to be passing by KL from US and China and I don't know where else, the group grew to 15 people by the time food was served. Ha Ha.. we had to change the table 2x just to accommodate the 15 of us. I think the people at the neighboring tables were not to pleased with us for the commotion caused and also the fact that each time our table expanded, they were virtually pushed out of the restaurant (sorry).

We ordered most of what was recommended to us except the lobster (which I knew would be a killer at RM100 per kg) and the frogs (coz I saw them sitting there mournfully in the tank outside the restaurant, waiting for their turn to kick the bucket). We ordered crabs (RM40/kg, which I think was a little pricey coz they were just regular crabs), prawns cooked in 2 different styles, calamari (sotong), steamed 7-star grouper, 2 types of vegetables, claypot tou foo, a seafood platter with scallops & sea asparagus and we wrapped up with a plate of mixed fruits. 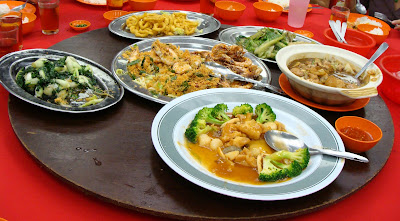 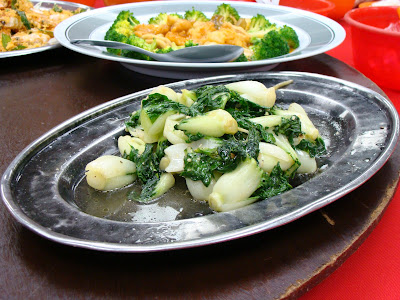 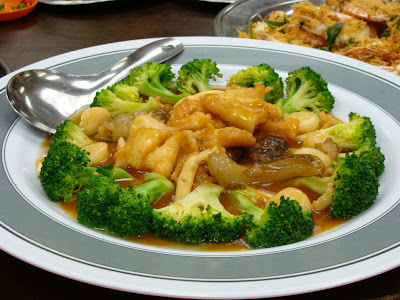 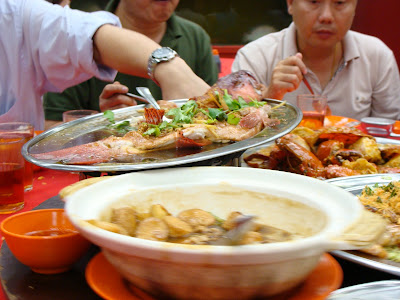 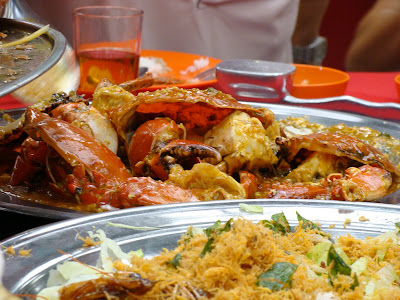 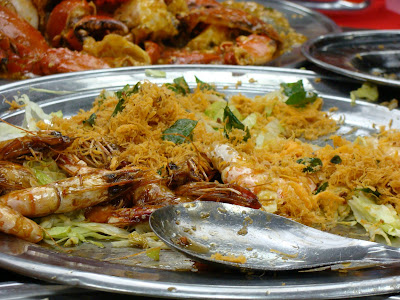 The dishes were very tasty...but I think 15 to a table was too many to have a good reach for the food (even with the lazy susie) and any clearly audible conversation. That's why after finishing the yummy meal (RM484), we adjourned to a quieter place for drinks after that. Now I have to think again.. how to effectively have a good sit-down dinner when the group is big and no body wants sit at separate tables...mmm
Posted by Unknown at Wednesday, January 09, 2008

wahhh so scrumptious!!! eh for 15 pax i think the price seems ok

those pics made me hungry now... sharks!

babe : ok lah.. but i have a feeling that the guys were still hungry though...

Gals
You have got to see this. Obama playing on XBox. Funniest video ever. http://bit.ly/bllhx1