A new acquaintance that I met will be going for his Reiki class today. Life has such wonderful twists to it. This new acquaintance of mine (Aaron) is the nephew of my dear feng shui classmate. She actually arranged for me to meet him up as she wanted him to convince and sell me some magnetic bracelets. I started out rather skeptical as I have been wearing such magnetic bracelets since the late 90s. Being a golfer back then, I tried everything and anything to play a better game of golf. Short of getting a new golf swing, you name it, I bought it but nothing helps. Maybe that is why I have almost given it up and gone into religion haha.

Anyway, Aaron is a very nice young man. No pressure and no coming on like a salivating wolf in man’s skin trying to shove the bracelets down my throat. In fact he was damn cool about it. Did not even take out his little bag of samples, not even after his aunt, my neurotic classmate as almost beside herself trying to get him to take the samples out. Maybe that was his tactic coz I was starting to get both curious and impatient to see his goods. Finally he took them out after I asked for them. They were pretty little specimens, much nicer than the ones that I had. Now that Aaron has warmed up a little, he started to explain to me that magnets are not created equal. He went on with the make, the origins, the polarities, yada yada yada. I wanted to feel for myself if his little bracelets were the real Mac Coy. So, I placed my left palm over one of the bracelets and in less than 5 seconds, I started to feel a slight tingling sensation on my palm. As I held it longer, the intensity of the tingling increased until it was quite uncomfortable. It was like a whole bunch of pins pricking my palm. I snatched my hand away and started to shake them to get rid of that sensation. This perked Aaron’s curiosity and prompted to ask me what was going on.

So, I told him that his bracelets are the real Mac Coy coz I could really feel the tremendous amount of energy emitted from that one bracelet. He was impressed haha.. just as I was impressed with his bracelets. The rest of the evening was no longer centered on the bracelets but on the topic of Reiki. He has heard that Reiki is one of the more widely known forms of energy healing which involves direct application of Qi (pronounced Chi). Qi is a term used by Chinese mystics and martial artists for the underlying force of the Universe. One way of administering Reiki is by the “laying of hands” on the person and letting the “life force energy” flow from the Reiki channeler to the person. This energy is not produced by the Reiki channeler but taken from the Universe. http://www.reiki.org/FAQ/WhatIsReiki.html. 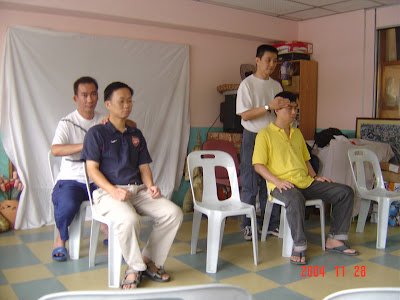 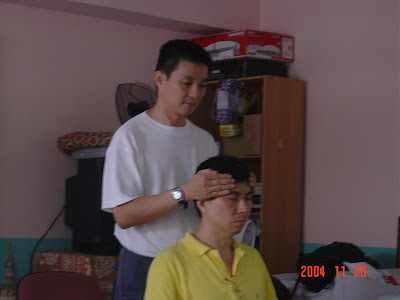 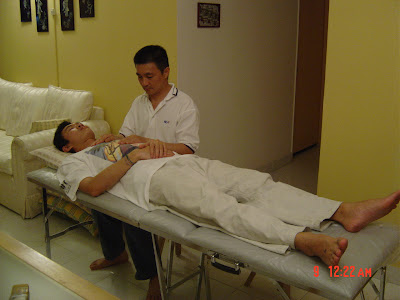 Many have also claimed that the healing energy of Reiki works based on the recipients’ willingness to cast off old habits and patterns, to accept change and to accept healing. Hence, Reiki energy can never be forced on a person. That should bring some sense of relieve to some people who have not yet have the understanding towards Reiki and still have that tiny nibbling of doubt that Reiki could be some form of hypnotic trickery to get the “victim” to surrender all their worldly belongings to the Reiki Channeler.

We are not called Reiki Healers as we are not really healers, per se. We are merely the vehicle for those who needs this Universal energy to obtain it via the Channelers. Anyone can be a Channeler once they have been attuned and their charkras have been “opened”. My personal Reiki master is a Buddhist who has left his full time job to pursue this. His objective is to help as many people as he can in this lifetime to receive the benefits of Reiki either to heal themselves and to heal others.

The founder of Reiki is Dr Mikao Usui (15 August 1865 - March 1926) http://www.asunam.com/life_of_mikao_usui.htm. This is his recommended mantra for all Reiki and non-Reiki practitioners. 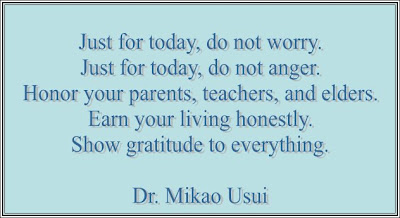 In the end, I bought a bracelet from Aaron and he signed up for Reiki classes with my Reiki Master... now is that a fair trade or not :) 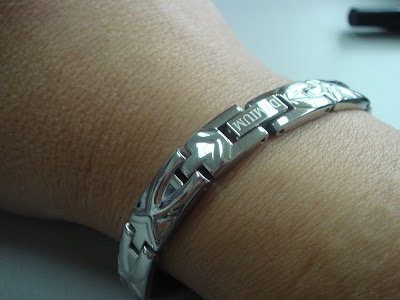