So, did Harry survive the Deathly Hallows??

A lot of people, me included, have waited for a very long time for this 7th Harry Potter book for the ultimate question to be answered, “Will good triumph over evil?” With so many spoilers going around, I was just not that sure anymore, especially the one which says that JK Rowling had no choice but to kill Harry off in order to prevent people from writing spin-offs on their own. On Friday, there were scores of spoiler sites giving their versions of what will happen in the 7th and final book.

Was supposed to wake up at 6am on Saturday morning to pick up the book at 1Utama. But I did not expect to be up until 3am in the morning. Went to watch “See how they run”, a Thai spoof about little ghostie boy was aborted by his mum. The movie finished at about 1:30am, went for a bite to eat after that. Got to sleep after 3am, but before that, set the alarm to go off at 6am.

I thought I heard the alarm go off but when I did open my eyes, the clock showed 7:20am…Sh*t. Shot to the bathroom, shot out again, changed and dashed over to 1U. First thing that caught me is the sheer quietness of the place. Gosh, have everyone gone back with their copies already. Of coz lah.. read that lots of true HP fans were already up at 4am in the morning queuing. 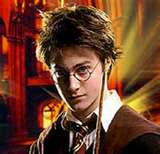 Went up to the counter, managed to get my pre-ordered copy with the freebies. Almost ran back to the car, got in the car, lock the doors and flipped right to the end of the book (haha that’s me… not one to read the book leisurely and find out 3 days later as to who died). Knew immediately who did not die ;). Sms some friends. Only RandomThoughts was interested to reply back. The rest did not reply coz they were busy planning how to do me in since I spoilt their reading pleasure of the book.

Not satisfied with just knowing who did not die. Sat in the carpark for many more minutes to flip through the few chapters before the end. Found out who died. SMS some more. Decided that I knew enough to go back now to begin a more leisurely read.

By the way, I will not spoil it for those who might stumble upon this blog coz I’ve got enough people after my tail already but I shall reveal all to those who has no time to read the book but wants to know how the story ends (smirk).

Anyways, it has been a great 7 years with Dumbledore, Harry, Ron, Hermoine, McGonagall, the Weasleys, Neville, Hagrid, Malfoy, everybody else, even Snape and Voldermort (for without him, there would not have been the story). Since I have no life other than that with Harry and his friends, I have already started re-reading all the books, starting with Order of the Phoenix.... shoooofff..don't disturb me now.. 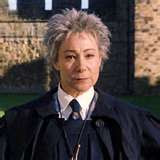 But most of all, thank you JK Rowling xxxx