A Sweet Start to a New Day!

I am sure this has been a super exciting weekend for everybody, as a result of our Malaysia's 12th General Election. It kicked off to a great start on Saturday as the weather was bright and sunny, at least in Kuala Lumpur. I turned on the TV to catch whatever was on and I noticed that there were lots of people at the polling stations already. I took my time getting out of the house and by the time I reached my polling station in Kuen Cheng High School at 12:30pm, there were only about 5 people putting in their votes, and that included me. I guess I must have been one of the stragglers haha.

Saturday night and Sunday morning must have been the most exciting one for me... not even New Year's eve could beat the excitement and anticipation. I also made a subscription to the Star sms broadcasts... so, you can imagine lah.. TV blarring, Internet surfing and the sms-es kept coming. By the time I got to sleep, it was after 3am... but I had a smile on my face as I got to bed.

Sunday was a sleep in and by the time I got up, there were loads of house chores waiting to be done. By the time I was done doing all of them, the day has turned into evening. Finally got to sit down and check my blog. Yikes...first comment I read was from hcfoo... and he said "Hey cook up some nice dish for us to see this weekend ;)"... alamak.. weekend gone leh..so how??

Thought for a while and decided, since tomorrow is going to be the beginning of a brighter future for all of us, I decided to cook up something sweet (and fast, as it was almost 9pm already). Decided to do a Sago dessert which my mum taught me a long time ago. Luckily I have most of the ingredients. 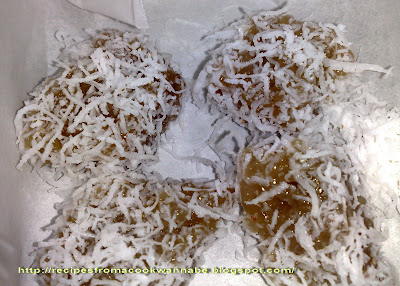 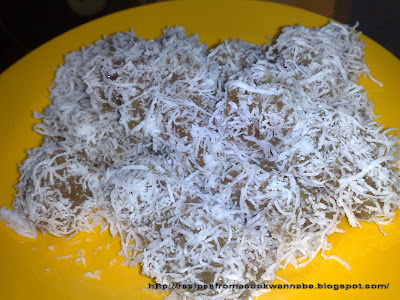 By the time I finished cooking, it was almost 11:45pm... just right for bedtime. If anyone is interested in the recipe, I have posted it in Recipes from a Cook Wannabe.

never mind.. i kept some at home..for you.. provided it is still there by tonite :)