How to choose which movie to watch? 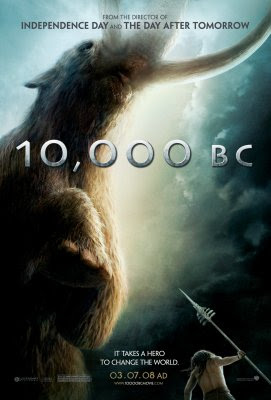 There are so many interesting shows in the cinemas at the moment and the choices were quite varied. I actually wanted to go watch Vantage Point but didn't realize that when a movie is running its last leg at the cinemas, their show times are very limited. After dinner, I went out with a friend to Sunway Pyramid TGV hoping to catch Vantage Point but found out that there was only one show and if I am not mistaken, it already showed at 6:45pm. Oh well, maybe I'll just have to get the DVD for that.

Since we are there already, might as well choose something else to watch. We went through the screening times... haha.. you guessed it. We actually selected the movie to watch based on the most convenient screening time, and not the show it self. There was Spiderwick Chronicles (but tickets were all sold out except for the 11:55pm show, an it was only 9:10pm..sigh..), Ah Long Pte Ltd (9:20pm but it is in Hokkien....mmm), Horton Hears a Who (9:20pm), Minotaur (9:20am but the ticketing guy told us that his friends saw it and definitely do not recommend it...SIGH!)...so, never mind, the people in the queue is already throwing dagger stares at us...decided to take a chance on 10,000BC.

It turned out pretty interesting, at least for me. The critics (extract from Wikipedia) were reportedly to have given this movie terrible reviews. Rotten Tomatoes has reported that 9% of critics gave the film positive reviews, based on 83 reviews. Metacritic reported the film had an average score of 37 out of 100, based on 25 reviews . 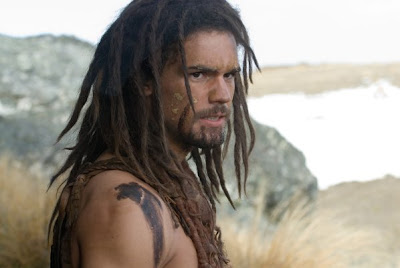 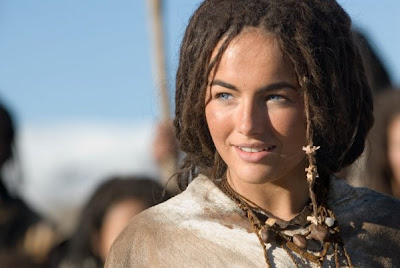 Main Lead - Camilla Belle as Evolet, D'Leh's love and the survivor of a different tribe that was killed by the "four legged demons". While kidnapped, her hand was whipped, forming a scar in the shape of the "hunter" 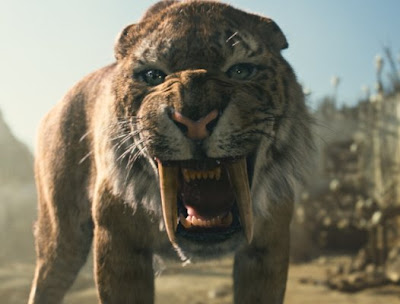 One of the supporting leads - the Sabre Tooth Tiger
The photos were obtained from The Internet Movie Database site.

At least the scenery shots must have been its saving grace ... the barren land, the thick snow caps, the lush tropical forest and the never ending desert. Actually, not bad lah.. I would have given it a 7 1/2 out of 10.

In a remote mountain tribe, the young hunter, D'Leh (Steven Strait), has found his heart's passion -- the beautiful Evolet (Camilla Belle). When a band of mysterious warlords raid his village and kidnap Evolet, D'Leh is forced to lead a small group of hunters to pursue the warlords to the end of the world to save her. Driven by destiny, the unlikely band of warriors must battle saber-tooth tigers and prehistoric predators and, at their heroic journey's end, they uncover a Lost Civilization. Their ultimate fate lies in an empire beyond imagination, where great pyramids reach into the skies. Here they will take their stand against a powerful god who has brutally enslaved their people.

10 000 BC got bad reviews? hahah, am not too surprised =p i watched it recently and well, i thought that it was more funny than thrilling..

hahaha, despite the fact that people back in those days were supposed to have funny names like tic tic and baku, and talk with really simple words..... but well, i think it was overdone.. i felt like my IQ dropped really low..

the plot was pretty okay i guess, a bit predictable.. i just wondered how soo many cultures ended blending up together.. first it was this.. manak tribe thingy, then tiba tiba join up with these whole lot of african tribes and then tiba tiba got these Egyptian people =p

it was well... enjoyable but forgettable though =(

i think people can watch it for laughs =) and not be to critical or not have too much expectations for it, then i guess it would be a pretty good movie dont you think yozora?

Wasted time watching this crap at the cinema, not to mention wasted RM10 too + all expenses of buying popcorns and drinks.

I hardly was impress at anything at all.
The scenery's awesomeness does not help in anyway..... it's like watching National Geographic Special, without the plot.... or was there even a plot in the first place?

raising mercury and kenny: heehee..looks like great minds think alike...nvm..this will make us appreciate the better movies a lot more :).. the next movie that I would like to watch is Spiderwick Chronicles :)..any of you watched it yet?