Be Alert and Cautious - Burundanga 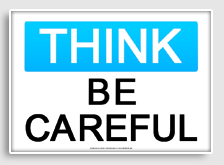 I know that sometimes we mean well when we send out alerts and warning messages to our family and friends. In fact, this morning alone, I received a few emails with the same message, which read "Be Alert and Cautious when you are given a name card by a total stranger on the street". The email message continued to tell a story of how a lady who was handed a name card by this stranger at a petrol station, offering his services as a painter and as the woman was being polite, just took the card with her and left in her car after she has finished filling in the petrol. The story went on to say that the lady started feeling dizzy and the source of it came from some ordour that was coming from the hand which held the business card. Apparently, there was a drug wiped over the business card and the drug is called Burundanga".

In the past, when I received such type of mails, my first reaction was to forward it out to my family and my friends immediately. But having been told by some of these friends that the mails which I sent out are not true, these days, I do try to do a little checking first.

My checks on this claim has revealed several things.

1) Definition: Burundanga is a drug made from the plant called either cacao sabanero or borrachero. It is used to drug unsuspecting tourists in order to rob them. This was taken from About.com - South America Travel

2) From a medical source: Scopolamine can be used as a pre-surgical drug for the purpose of impairing memory of surgical trauma. It provides an initial knockout effect, before the anesthesia proper is administered, and has the added benefit of preventing long term memory formation during the period of time. At one time scopolamine was given to women during childbirth. This was taken from earthops. There was an excerpt from the Wall Street Journal Article dated July3, 1995 which tells of how people in Columbia have been drugged and have lost their precious belongings and money to unscrupulous people using that drug. The article is here.

Must Read and Please be careful out there. A man came over and offeredhis services as a painter to a female putting gas in her car and left his card. She said no ,but accepted his card out of kindness and got in the car.The man then got into a car driven by another gentleman. As the lady left the service station, she saw the men following her out of the station at the same time. Almost immediately, she started to feel dizzy and could not catch her breath. She tried to open the window and realized that the odor was on her hand; the same hand which accepted the card from the gentleman at the gas station. She then noticed the men wereimmediately behind her and she felt she needed to do something at that moment. She drove into the first driveway and began to honk her horn repeatedly to ask for help.The men drove away but the lady still felt pretty bad for severalminutes after she could finally catch her breath. Apparently,there was a substance on the card that could have seriously injured her. This drug is called 'BURUNDANGA'and it is used by people who wish to incapacitate a victim in orderto steal from or take advantage of them. This drug is four times more dangerous than the date rape drug and is transferable on simple cards. So take heed and make sureyou don't accept cards at any given time alone or from someone on the streets. This applies to those making house calls and slipping you a card when they offer their services . PLEASE SEND THIS E-MAILALERT TO EVERY FEMALE YOU KNOW

I suppose we just have to remember, however much we want to save our family and friends from danger, we should do a little bit of checking first before we scare them silly. What do you think?

I totally agree with you. Validate first before making others worry over nothing.

On a lighter note, at least this one seems believable, it totally baffles me why people keep sending those forwarded emails that ask you to keep forward it or else facebook/msn/friendster etc will be forced to shut down. I mean, HELLO, think before you fill up someone else mailbox with silly things like that!

a very good monday morning to you cc. i think some people are more gullible than others and due to their "great" love for these network sites, they were probably thinking "what if its true and I didn't do anything about it syndrome". haha..nvm, i do get my fair share of these said emails and i immediately store them in ..... "TRASH". LOL


Moe is the Founder of Mansour Engineering Ltd. He founded the company in 1978, and has extensive experience in mechanical system design, temperature control system design, industrial facilities design and field analysis of mechanical systems. His experience includes new and retrofit design, facility engineering in hospital design, office buildings, high-rise buildings and special projects. His field experience with construction support and commissioning services has given him a comprehensive and practical approach to the solution of design problems.


Has God removed the Curse of Babylon ?
=====================================
While reading the Bible, I came upon a story which Strengthened my faith in Islam even more.
According to the Bible, Genesis 11:1 humans all spoke one language at one time. These humans
were trying to build a tower to see God. God Warned them to cease building the
tower, yet they disobeyed God and continued to build the Tower.

As a punishment for their disobedience, God cursed them by making them all speak
a different language. This tower is now called the "Tower of Babylon." Genesis
11:19 and that is where we get the word "Babel"

The Holy Qur'an is their forgiveness, if the humans return to obeying God, then
they are again united in a brotherhood and sisterhood of one Semitic language,
Arabic.

This is astonishing since only 27% of the Muslims are Arabs and there are almost
1.5 Billion Muslims world wide, all united with one language,
praying in unison, re-united, this is also predicted in the Bible;

"For then will I turn to the people a pure language, that they may all call upon the name of the Lord, to serve him with one consent." Zephaniah 3:9

In the Strong's Bible Dictionary, the word "language (saphah)" in this verse can also mean [ side, edge, border]

Therefore, Zephaniah 3:9 can also be translated to read "I will TURN people to ONE direction" which we witness with Muslims all facing -East- to pray and also speaking one language in prayer, a language which non-Arabs describe as a "pure language"

God forgave humans and lifted the curse exclusively for
those who submit to God's will (Islam).

World wide, over a billion people gather worshiping with one language, one direction, one book, one God.

Re-united as brothers and sisters in towards the Kabba which is believed to be directly under the Throne of God in Heaven.

The rich with the poor, the educated with the un-educated, people from all parts of the world re-united Obeying One God, Submitting their will to God which is the meaning of Islam.

""And hold fast, all together, by the rope which Allah (stretches out for you), and be not divided among yourselves; and remember with gratitude Allah's favour on you; for ye were enemies and He joined your hearts in love, so that by His Grace, ye became brethren; and ye were on the brink of the pit of Fire, and He saved you from it. Thus doth Allah make His Signs clear to you: That ye may be guided." Translation of the Holy Qur'an 3:103

All of us will die one day INCLUDING YOU.

so before you die you must find out where the HELL you are going too.

You must find out

who is our savior Jesus or ?

You may sleep tonight and never get up in the morning?

You may die today.

You may die within a week

You may die within a month

you may die within a year

you may die within the next ten years

one thing for sure

so find out how is our savior so that he may save you.

I am glad you said that :P