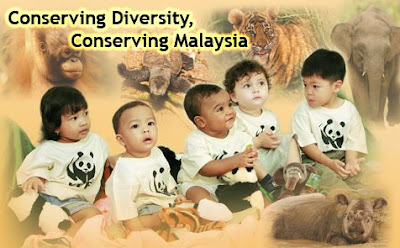 Do support the WWF Malaysia in whatever way you can. It does not necessary always have to be money, though that would help a lot too. Help by spreading awareness, Help by constantly reminding.

I happened to be TV channel surfing a few evenings ago and managed to catch the interview with Al Gore on the documentary film about global warming "Inconvenient Truth". If that was not a wake up call, I don't know what is. 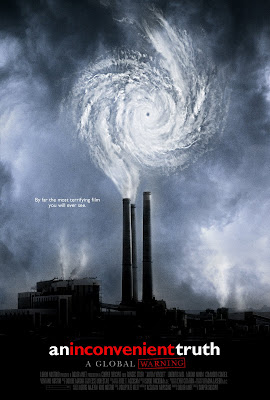 "Is Al Gore is doing a Chicken Little act in "An Inconvenient Truth"? I wish he were. This stunning documentary about global warming is a well-reasoned, clearly-proved, intelligent, cogent, irresistible torrent of scientific data, in a curiously warm, engaging, often funny presentation. What an entertaining horror movie this is! Unexpectedly, improbably, Gore is doing a Hitchcock act here, all affable and chummy... before scaring the hell out of the audience. And that he does, with charts, statistics, projections coming from hundreds of peer-reviewed studies, none challenged, while allowing how some 50% of mass-media treatment of global warming *is* subject to questions. There is even a cute animation segment about exaggerated global-warming claims. There is no need to exaggerate. Unchallenged studies are showing an extraordinary rise in ocean temperatures, the disappearance of glaciers, the melting of the poles - and then Gore twists the knife with a series of graphics showing areas to be inundated by rising waters. In a flooded Manhattan of the future, Gore says, the site of the World Trade Center will be under water. "Terrorism," he says, without drama or overemphasis, "is not the only danger we must face." The threatened catastrophe is not in the distant future. The US Geological Survey predicts that by 2030, Glacier National Park will have no glaciers left. In the last 30 years, 400,00 square miles of Arctic sea ice have melted; polar bears today drown when they cannot find an ice floe to rest on. What has Congress done about global warming? Absolutely nothing. Davis Guggenheim's documentary is based mostly on Gore's multimedia presentation on climate change, a lecture he has delivered hundreds of times in recent months. While Gore is managing the show with powerful efficiency, there is nothing dry or tired about it. The film is virtually flawless, even some of the cornier visuals fit in. Gore's personal remarks are affecting: the death of his sister from lung cancer, after lifelong smoking, forced the family - after generations of tobacco-growing in Tennessee - to quit the business. No overt statement is heard, but there is an inevitable comparison with the world's addiction to many activities directly contributing to climate change. Political references are at a minimum. The only strong criticism of the Bush presidency is in the context of the Republican rejection of the Kyoto Treaty, making the US one of two countries in the world to do so (Australia is the other one). Following a huge list of countries paying at least lip service to the cause of climate control under the treaty, Gore shows a similarly large list of US cities where local government is taking measures not supported by Washington. Gore is clear about the danger of being overwhelmed by the danger of what's happening, and he concludes the film by saying that going from denial to despair without pausing to see what can be done is the wrong course of action, or rather inaction. "Political will," Gore says, "is a renewable resource." Gently, but firmly, he calls for attention to a clear and present danger that cannot be ignored... even if faith-based denial of the evidence before us remains largely the order of the day, with all the comfort of darkness behind closed eyes. An alternative is at http://www.climatecrisis.net/."

And before this, I was at Arch Lancer's blog and when I saw his Infra Red Photos, that was kinda of scary. My comment to him was this : "i find some of the photos quite disturbing..it is like what we could see happen to our mother earth if we continue to pollute and not care about the environment. brrr…scary but good to wake us up to this fact that we are responsible to keep our earth safe, clean and beautiful".

So peeps, if you could, please help save this mother earth of ours, if not for ourselves, for our future generations... :)

some guy came to my campus a while back for a screening of this show =( how silly of me to have missed it! but i heard that more and more people are starting to pay more attention to the environment, more celebrities are endorsing environmental friendly products and make 'save mother earth' movies.. just hoping its not all too late...

I agree that we really need to seriously be more concerned about our environment.....the future looks grim.......

raising mercury : don't worry, i think they will probably show it on Astro TV. Save the ......(not the cheerleader haha), save the world.

kljs: definitely. it is sad that most people are still very complacent and "tak da apa" attitude about this :(

Because most people in this world thinks it isn't a big deal afterall..... or something like that...

that is the main problem with us humans... we only regret when something is lost to us and often, it is much too late to do anything about it :(

Thanks for sharing this link - but unfortunately it seems to be down? Does anybody here at 4evershiftingsand.blogspot.com have a mirror or another source?