I didn't think that I will be going back to eat at Restoran Hao Wei Dao so soon after my last post but after reading the comment from Doremon, I simply had to return to sample some of the goodies which he suggested.

Doremon said... i tried the food there. It is good.U should try the chicken chop it is delicious but filling (for the big stomach people). The pasta is better than the norm and has a wide variaty (the green fettu is very special cooked from green olive oil a little oily).The drink are good and has a even wider variaty and is very nice(ice lemon tea- for sweet lovers, plumjuice- for sour lovers, coffee- for busy workers and so on....).The soup is great and the mushroom soup is a must try!!! The one that I liked best was the qizi soup is the best!!(a little costly but very tasty)

We ordered their Spaghetti Black Pepper, Spaghetti Carbonara and a White Pepper Chicken Soup with Rice as the mains, Red Bean Rice Balls for dessert and Hot Chinese Teas to wash it all down.

True to Doremon's recommendation, the Pastas were fantastic. Everything was shared so that we all had a taste of every dish and I must say that it was really a task for me to choose what I liked best. The Spaghetti Black Pepper was done just right, not too spicy and with a touch of sweetness to the sauce. The Carbonara sauce was done almost to perfection, creamy and rich. 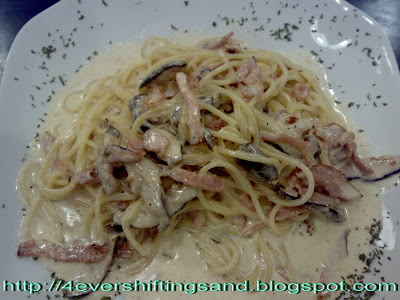 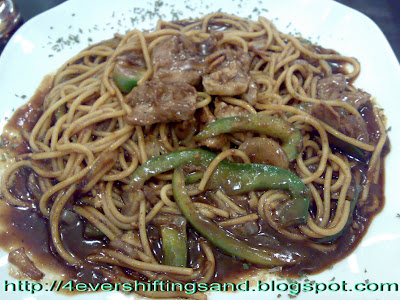 Now, when it came to the White Pepper Chicken Soup, now that was just the right type of soup on a cold day. This had a familiar taste to the Pork Belly Pepper Soup, which is one of my favorite type of soup. It was so good that we order additional rice to share the soup, felt so much like those soups mum used to make. 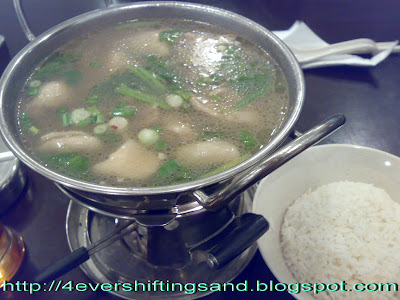 White Pepper Chicken Soup with Rice (RM11.90)
Spoke to one of the owners, Joey (I hope I spelt your name right. Alex, her brother was at their other outlet yesterday) and she told us that most of their dishes were centered around home cooked meals, no msg, original flavors and the goodness from the meat, the herbs and spices that they use. Yes, one could really tell that their soups are the real McCoy. We had their QiZi (Wolfberries) soup the last time and Joey's team of cooks were definitely not stingy with their portions of this QiZi used in the soup. 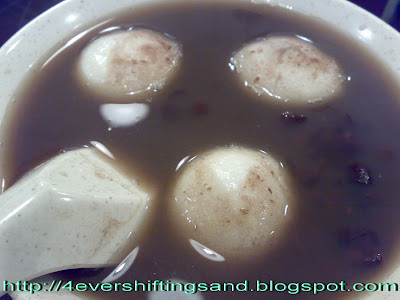 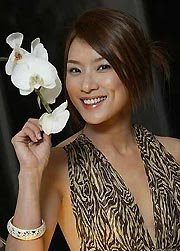 We were wondering when Angel Wong Chui Ling is going to pop by this outlet. Apparently, Angel and some of her friends have been to the Taman Desa outlet some years back, but that was before she started hosting the "One Day Five Meals 一日五餐" Astro Wah Lai Toi series. I am really an fan of Angel and her series. Hope she visits on the day I happen to be eating there. Would love to meet Angel in person ;)

Thanks for heeding my advice. If liked my recommendation for pasta u can go and try the chicken chop it is tasty and filling as I said in my, but forget to say that u can choose any type of sauce for the chicken (mushroom sauce-most common, mushroom CREAM sauce-a creamy version of mushroom sauce, garlic sauce-rare and...so...on) I am not good at recommending dessert sorry. But if u dont want to take dessert take soup instead(the mushroom soup especially) and plz try the drinks(ask alex to recommend if u do)

heehee..i should thank you Doremon. really had a great feat there. i hope to bring my friends there this weekend and definitely will try their chicken chop. hope alex will be there. he is mostly at the Taman Desa branch :(