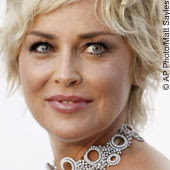 There are times when I envy all those popular people in the news. The attention they get and sometimes the adulations. But this is one time when I am glad that I am just a nobody.

A couple of days ago, Sharon Stone, the popular actor made a remark that apparently angered millions of Chinese people in China when she let it slip in a TV interview (YouTube) that China's recent earthquake may have been "bad karma" for the country's actions against Tibet. I picked up the article in yesterday's daily.

I believe that thought would have not been very far from most people's minds when the disaster struck in China. I supposed that many of us would have said the same thing over breakfasts, lunches and dinners. But then, we are nobodies.

The same thoughts would have probably crossed some people's mind when Cyclone Nargis literally destroyed Yangon. This would have been brought about by the Junta's bad karma?

Yeah, there would be others who cannot stomach this utterly cruel and unfeeling way of thinking, that retribution should be placed on the innocents, especially the children but when catastrophes like earthquakes, tsunamis, cyclones happens, it sweeps across an area without stopping to segregate the innocents from rest of the lot. 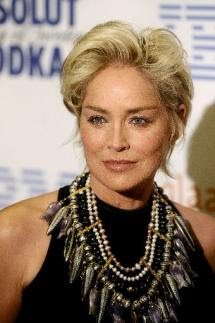 The Daily Dish today reported that Stone's Dior campaign has been axed in China. Apparently Stone has already issued out a statement to apologize for her remarks but quote "But the damage has been done--China's official Xinhua News Agency said Thursday that Stone was the "public enemy of all mankind," while myriad blogs have labeled the actress with epithets like "heart of Stone". This was picked up from Forbes.com this morning and the photo on the right is from AP Photo/Noah Berger.

When I read this, I remembered this Malay saying "Siapa yang makan cili, dia yang rasa pedas" (literally translated to mean 'He would eats chillies, will feel the hotness/spiciness'). My 2 sen worth is, being Chinese, most of us do believe in karma, retribution, payback (boh ying - Cantonese). Do I hear the sound of a hammer hitting the nail on the head with Stone's remark? mmmm....

hi annonymous...heart of stone..but the exterior sparkles like a diamond :)