Eating a Fusion Course.... at home

Sunday nite is never a nice time of the day or week for me ... especially when the next day is a working day. Maybe that explains it.. just cannot get myself off to do anything exciting in the kitchen. Simply not in the mood.

I bought some nice smoked salmon on the Labor Day holiday plus some "Viktoria" from Ikea. I think Viktoria is some kinda of wholemeal bread thingy. Decided to put some zucchinis, a dash of mayo and some slices of salmon, and that was a dish already. 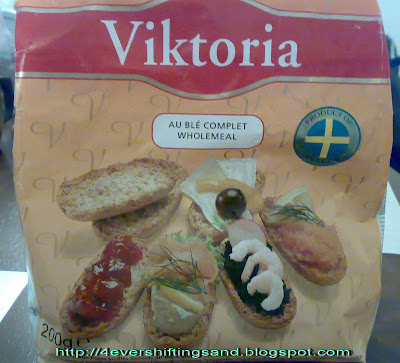 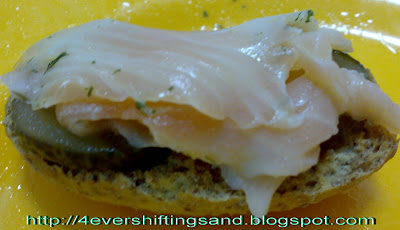 Boiled a simple ABC soup but as there was no chicken pieces left in the fridge that was defrosted, put in spare ribs instead. The recipe is simply the same as that for the chicken soup. 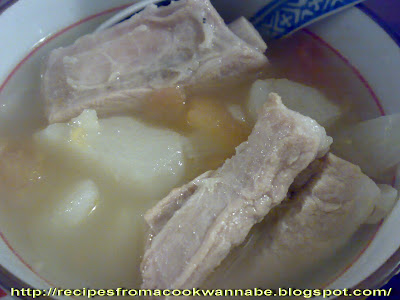 The final dish I made was the Crispy Deep Fried Prawn. This is a very easy dish to do and I believe a favorite with the children. Instead of normal breadcrumbs, I bought a special bag of Japanese Breadcrumbs. Tasted much nicer and crunchier than the normal. Will take a photo of the bag and post it later. 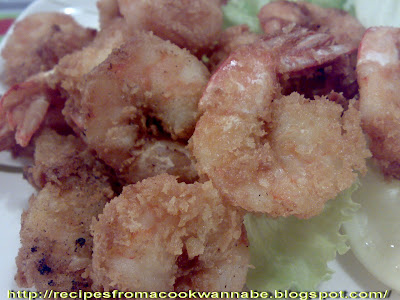 Well, that was another meal in the bag...fuss free. I wonder how long more I need to get my lazy ass off the sofa to do a some baking? Sigh....

I've tried Viktoria before. Really delicious eh. I usually re-bake the bread in the oven to bring out the crispiness. Then I dip in Campbell soup.

supes : haha fuss free as in no need to sweat over measuring and kneading and etc etc... The Viktoria and salmon..eat straight from the bag.. soup, just chop up everything and pop into the water...heehee..prawn also very simple.. i must take photo of the bag of japanese breadcrumbs tonite and post tomorrow :)

che-cheh : my first time trying Viktoria..and i really like it. better if i had all those toppings in the picture :)

babe : really fuss free lah.. not need to pluck feathers is definitely a plus already hahaha...

kljs : oh dear..prawns are so yummy...maybe you can get one of those anti-histamines shots or something???