The days flies by at such speed that the weekend was over in a blink of an eye and Monday is here again :(. Sigh.. as I was driving to work this morning, I was like slowly working out of my sleepiness when an sms arrived. It read "...good morning 2u. i baked a cheesecake 4u. I'm on my way to the office now. when I reach, I'll sms u". The message was from my gal pal Sue. She has a blog but cannot be called a blogger yet as there is nothing in her blog presently. She tells me..."one day lah... when I feel the inspiration, I will post my recipes there".

Wah, who wouldn't perk up after such a message like that :). Going at the max of 110kph on the highway, I better make sure I arrived before the cake :). I managed to reach the office a good 10 minutes before Sue arrived with the cake. Actually, it was more than just cheesecake, I got some chiffon cake too. The aroma from them cakes were heavenly. Must make Sue send me her recipe for the cheesecake soon. 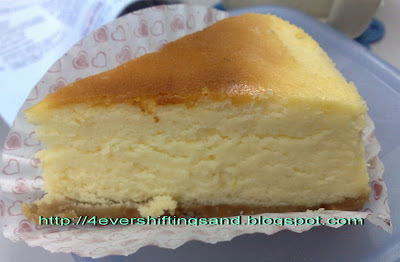 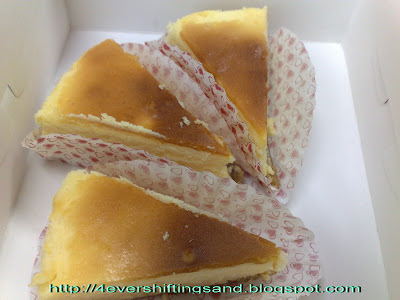 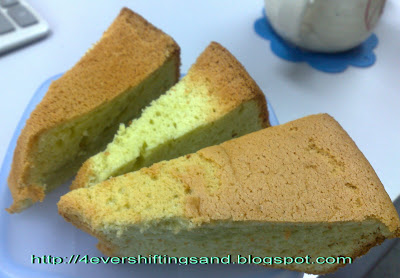 As I was sitting down at my desk admiring the cakes, my MSN window popped up and babe popped up. After the normal good morning and stuff, she said "later I pass you some cupcakes"...wah liow.. cupcakes. I must have died and ended up in cake heaven lah. So excited about the cuppies as babe is such a great baker. About half an over, a colleague came down bearing the cuppies offerings from babe. They looked so inviting.

The top ones are carrot cuppies and the bottom two are citrus yoghurt cuppies. Babe promised to post the recipe up so I will wait for them impatiently :) 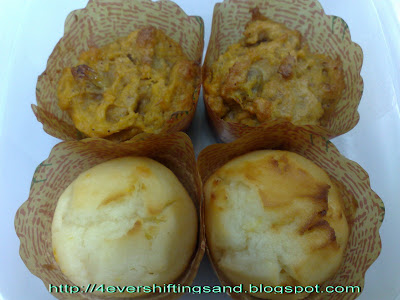 I have already selected the 2 that I am eating during tea break later :) 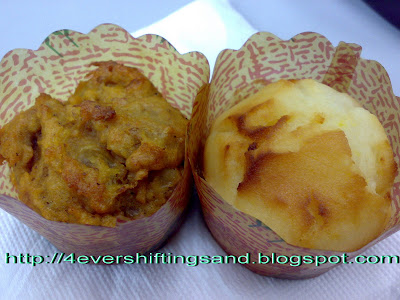 Thanks sue and babe for those yummy cakes... I love cakes, and muffins, and cuppies and I could go on and on.

hmm i loved all these food exchange thingy. thanks for the oreos cheesecake and yoghurt cake which i made but never got to try. will try later.

babe: yah lor.. must get more in our circle lah.. then we get to learn and enjoy all the yummy food :)

supes : oh yes.. feeling extremely hang fook to have such great friends. would you like to join us in our food exchange program??

i officially hate you =p heheheh

nancy jie... paiseh lah my chiffon cake not up to standard one ... LOL

my poor raising mercury... if you don't mind being one of my test bunnies, you might have to eat my cheesecake and cupcakes for breakfast, lunch and dinner hahaha

sue, in my books, your chiffon cake is very yummy ;)