When you do something that you really like doing, everything else seems to blur into the background. The weekend past just went like that. Of course, Saturday evening was a great time at the restaurant celebrating mothers' day with my mum. But nothing beats the time I had on Sunday night.

After a long time of not baking, suddenly, I had the inspiration to bake again..actually that is not true. I wanted to play with my butter cream decoration again and I thought that it would be a waste if I just piped the cream onto the tracing paper or plate and then just throw it all away. So, no choice, took out the flour and all the other ingredients to make some chocoloate, coffee cupcakes. No nuts, no cream cheese....just plain cake.

The last time. I think I only had about 12 cupcakes to "play" with, this time I made sure that I made enough to really have a great time with the butter cream icing. The result was 32 of these lovelies... all sitting there on the "sacrificial table" waiting for me.... the evil Icing Queen...buahaha. 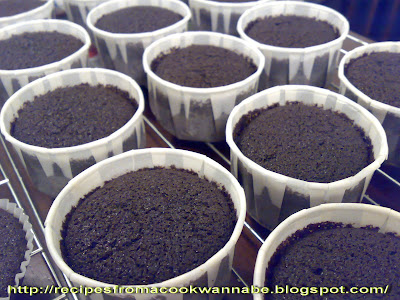 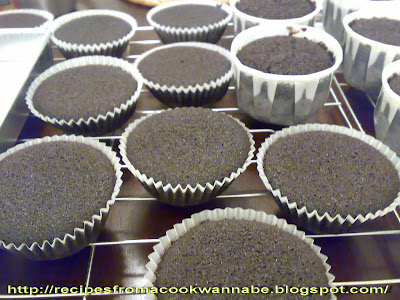 I started with some of the designs that I did previously. Then as I have bought myself a few more pipping tips, could barely wait to see the outcome of them. 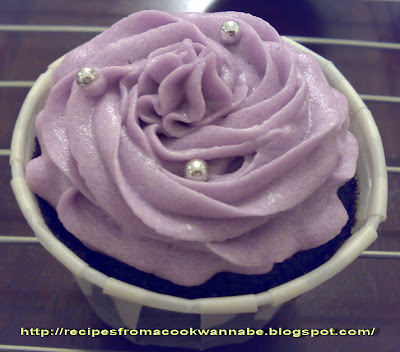 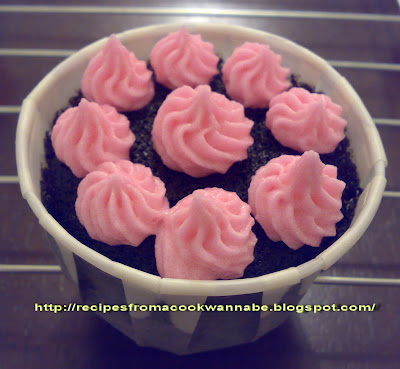 These are the results from the new pipes... 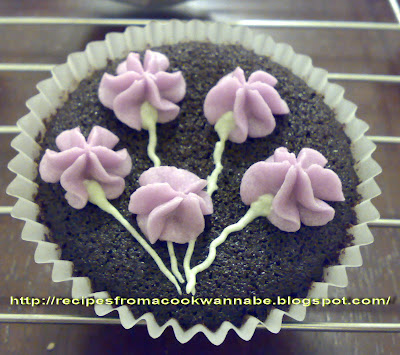 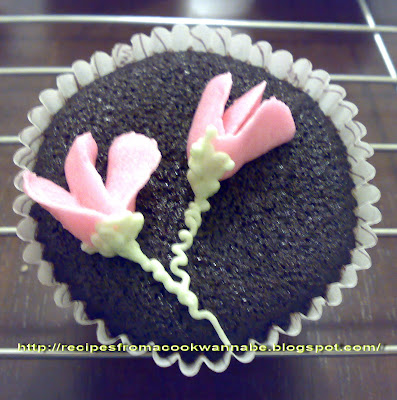 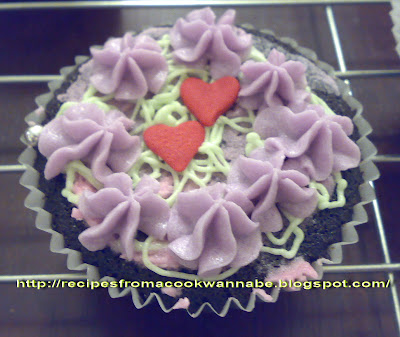 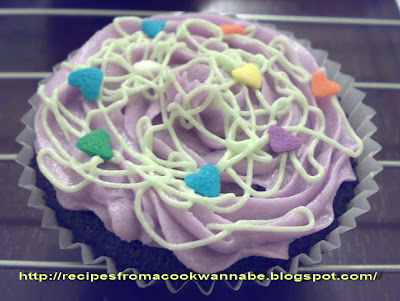 By the time I finished the first batch, there were a few spoilt ones... and no free cupcakes for guessing where those went. Down the bottomless pit of a stomach of mine.

I was done doing all of the cupcakes by 11:30pm and even with the spoilt ones done away with, I still ended with almost 28 of them...now..for the final part of the evil plan of mine...how to get rid of them...hehehe...

Send a batch of these to my favorite Superheroes...... 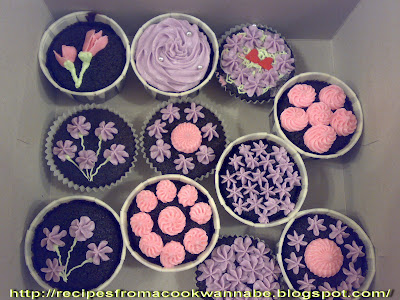 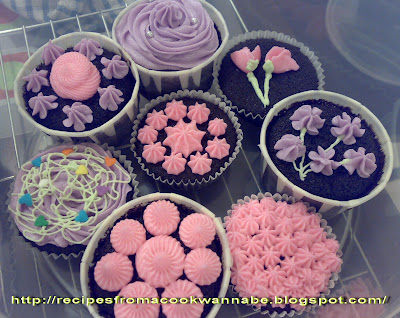 forced some on my ex-colleagues during our gathering last night... 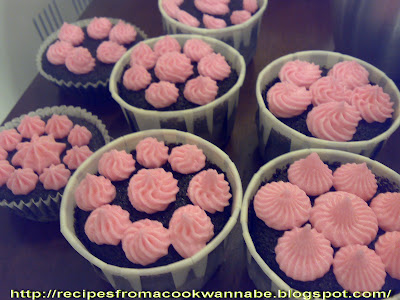 thanks for the cupcake. My family was wondering who gave such nice cupcake... they were actually quite worried that I bought it for someone so dare not eat. hehehe...

Very nice woh..I ate the one with the most icing.

wahh so nice... i wont be able to pipe such nice designs :p

joyce : you are more than welcome to have more the next time haha.. would save me the problem of trying to hunt those rabbits down..hahaha.. have a good day today before the you-know-who arrives

hi babe. you are safe this round..haha don't have to down those sugar.. actually you must try babe..piping is actually much easier to do than shaping fondant.. will see when I will give fondant a try.. so much effort.. :(

Wow they're so pretty. Love all the design.

thank che-cheh :) but must admit, they are random... not sure if i can get the next one to look like these again

Sweet looking. I bet you must had loads of fun with it. I can imagine that.

Your cup cake are very attractive. I need to learn the decorating skill from you ^^

Bento Pet : makes me happy to know that you like :)

GarGies : oh yeh.. I had loads of fun..the hard part is to find bunnies to eat them up

dolphing : haha..only kindergarten standard...but if you teach me how to cook and bake, I'll teach you how to decorate :)

The cupcakes!!! Dear Y, we have officially wiped out all your cuppies already. Yum yummmmm......... Haha. :p

oh supes... when you are ready for more..just give me a buzz yeah... want to test out the cream cheese frosting next :)

raising mercury: so happy that you think so... have to practice more to get them perfect ;)