The Festival of Light

I would like to wish everybody of Hindu faith a Very Happy Deepavali. 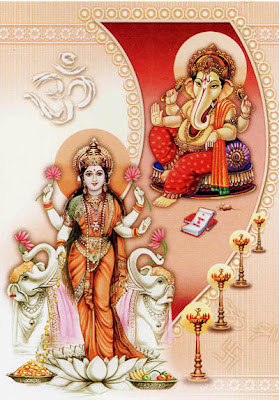 This lovely picture from India Travel Forum IndiaMike.com.
Deepavali or Divawli is one of the grandest and most important festival celebrated in India. It is an atmosphere of joy and festivity. It is basically a festival of light, symbolizing the victory of good over evil, of righteousness and the lifting of spiritual darkness.

This glorious festival is to celebrate the return of Lord Rama's return to his kingdom, Ayodhya after completing his 14 years of exile.

In the homes of every Indian of Hindu faith, you will find it decorated with many beautifully lit lamps which gives a sense of magic and fantasy. It is a time for fun and revelry. And it is also a time for prayers and tradition.

As in all the other religions festivals in the world, celebrations do not end at sun down on the first day. It goes on for 5 continuous days and each day has its significance with a number of myths, legends and beliefs.

The first day of Divali is known as Dhanteras. This day signifies wealth and holds utmost importance for the business houses. And there is also a legend of how the young bride of King Hima's sixteen year of son was saved her husband from his impending death.

The second day of Divali is known as Choti Divali. The legend behind this day is about generosity and wit. The legend tells us the story of King Bali of the nether world.

The third day of Divali is an important day of Lakshmi-Puja, a Goddess. It is believe that on this auspicious day, Lord Krishna discarded his body.

Padwa is the fourth day of Divali. Again according to the legend, the people of Gokul used to celebrated a festival in honor of Lord Indra and worshiped him after the end of the monsoon season. One particular year, a young Krishna stopped them from offering these prayers to Lord Indra, who in his terrific temper, sent a deluge to submerge Gokul. Krishna saved his Gokul by lifting up the Govardhan Mountain and holding it over his people as an umbrella.

The fifth and final day of Divali is known as Bhaiya-dooj. This day is observed as a symbol of love between sisters and brothers. It is believed that on this day Yamraj -the god of death visited his sister Yami and she put the auspicious tilak on his forehead, they ate, talked and enjoyed together and exchanged special gifts as a token of their love for each other and Yamraj announced that anyone who receives tilak from his sister on this day will be blessed. Since then it has became imperative for the brother to go to his sister's house to celebrate Bhaiya Dooj.

The extracts above were taken from DivaliMela.com, the world's largest site on Divali since 1st July 1999 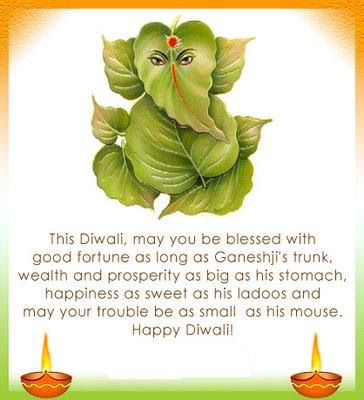 And for more of this lovely Deepavali greeting cards, click here!

Just questioning if eBay enables you to sell [url=http://www.ticketchoice.com.au]concert tickets[/url] on-line? Do you know if you will discover any restrictions depending on what country you're in?

My parents have just known as me and asked if i could "get rid" of their two tickets to some concert as they wont be able to make it as a result of yet another family event.

Besides asking buddies etc, i thought ebay would be a fantastic location to market them.

But whats ebay's policy on offering tickets? Ive heard alot about it for the news but ive forgotten what happened.

and if it matters, the concert is within this coming month

Thanks ahead of time for your advice.