Have you met a person with a facial tic? As a person from Chinese decent, I have heard stories from my grandma that a person who has a facial tic was probably hit by an evil wind whilst he was making faces at another person. That is just an old folk’s tale. The common cause for facial tics is a nervous disorder.

I had a colleague from my previous company who has a repetitive, spasmodic movement involving his eyes. When I first met him, I found it very distracting. It felt like he was perpetually winking at me. However, with time, I got used to it. I was also working with a General Manager of a bank who kept making this grunting noise which I thought was caused by his weight issue (as he was rather overweight at that time). But then, subsequent to his losing quite a bit of weight years on, the grunting was still very audible. It was actually another form of tic. All this came back to me when I was at the local McDonalds having my lunch and I saw a little boy who kept wrinkling his nose.

These days, it is not very often that we come across people with facial tics. Perhaps it is due to the fact that as tics occur most often in children, the treatment may have been already been administered to the child. Most of the treatment for children is in the form of medications. 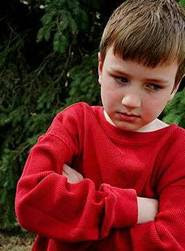 I happen to chance upon this website on facial tics which has a solution to treat a child’s facial, vocal and motor tics without dangerous medications which can cause harmful side effects. The more I read what was written at the website, the more I was convinced that no parent would want to put his or her child at the risk of medications which will likely caused the child to have queasiness or vomiting, plus a whole list of other side effects. If there is an alternative to having to ingest dangerous drugs, parents will definitely want to consider it.

It almost seems that every child who suffers has their own unique tics since they can be extremely diverse.The most common tics are usually:

Children who suffer from these facial tics might find them hard to live with (especially older children) because it can be frustrating, embarrassing and even a little scary.
But for most parents, prescription drugs can be very scary since they have side effects like:

If you have a child who may have what you think is a facial tic problem, or a friend’s child with such a problem, do hop over to facialtics.com. There is indeed an easier, safer and more effective treatment than drugs.

Could you tell me what exactly was posted on the link you've provided in your article as the website (www.facialtics.com) no longer seems to exist. Please reply urgently as my son has been diagnosed with this problem and I'd like to treat the condition the natural way. Thanks, Van.