There were quite a number of good movies playing at the Cineplexes since the end of December last year and I had watched a number of them. I even went to watch Ip Man twice as it was that good :D.

There was this time when I was queuing to get some tickets for Bedtime Stories at the Cineplex at Sunway Pyramid when I spotted a sign in the foyer. I like the comment penned in at the top of the notice. Just had to take a snap shot of it. 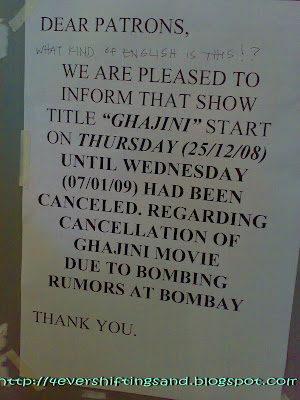