These Boys Are After My Heart... and Money :)

It is a Friday evening and I had planned to do a little Christmas shopping. But before doing that, I had to fuel up and choosing one of my favorite Nasi Lemak outlet at Subang Parade, I selected a table which was just next to the walkway. As I was enjoying my Nasi Lemak, there was this group of boys, some with placards and others in vests with a million buttons on them. As I ate and watch them, they must have just started up their little stall. But then I could be wrong. They may have put up their stall since the day but it was just that they were looking a little reserved and restrained.

As the shoppers walked by, some of these boys would go "Buy for Charity"..."Do your bit for the Orphans!". So, that was what they were doing. They were actually doing their bit for the orphans. How wonderfully kind. 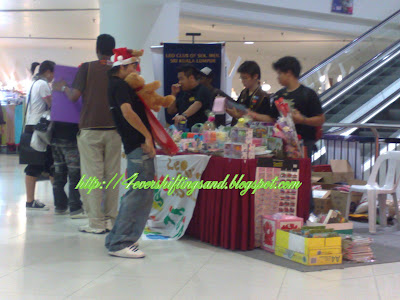 As I continued eating, I was watching the shoppers passed by. There were some who consciously made a little detour to avoid these boys. There were a few curious ones but somehow their curiosity never got them within 5 feet of the stall to see what the boys were selling. During my entire meal, which lasted about 15 minutes, there were only 4 to 5 young girls who stopped by and got a little gift item from the stall. I could tell as these boys will clap in appreciation for the girls' kind deed. 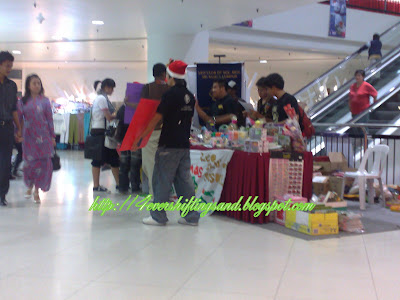 I felt rather sad though that these shoppers probably had an intention to buy something, since it is Christmas time and all. But they did not even stop, not even for a minute to consider if there was anything in the stack of things that the boys were selling that might be worthy of a gift to a loved one, but more importantly, doing a little bit for the orphans.

After I have swallowed the last spoonful of my Nasi Lemak, I went over to the boys' stall to check out what they had to offer. They have quite an interesting collection of stuff and I asked them if they were recycled products. Surprisingly these are new items, possibly purchased from kind suppliers at a very low price. I asked the boys if I could take a photo or two of them so that I can put them in my blog. Ha Ha.. I have never ever gotten a happier response before. All of them gathered behind the table and these were what the boys looked like. 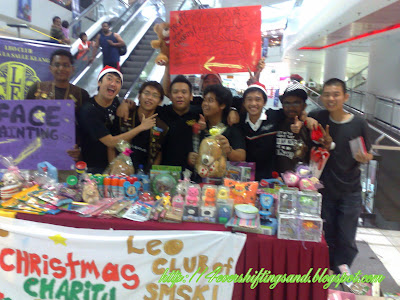 I took 2 shots of them and 1 of their banner. They seemed happy that this created a little excitement and drew a little attention from the crowd. I got some bears, which are very nice as presents. A big one costs only RM40 and a smaller one costs RM12 (apparently the boys gave me a fantastic discount on this one haha) and two baby bears (RM15 each) stuck on a stick. They are still in the trunk on my car. Should have taken it out for a photo shot. I ran out of cash at this stage and told the boys that I will be back later.. and with a friend. There was much cheering from the boys. Such cheer, such joy. 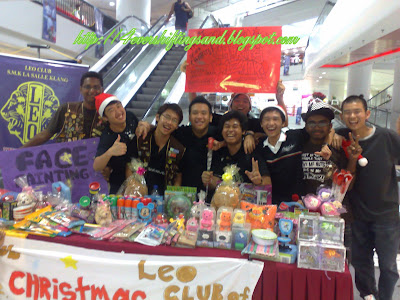 Went upstairs and took some more money from the ATM. JW arrived not long after that. Asked her to withdraw some money and took her downstairs to stall. JW, being the kindest person in the world, without hestitation, brought out RM20 and bought somethings which she really did not need and probably didn't know who to give it too also. Bless her. 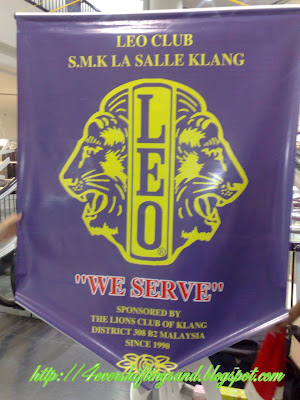 Well, it was a great end to a wonderful Friday... to have had the pleasure of meeting these group of young men... haha.. had to call them boys as they were greeting me as "Aunty.. Aunty!" Most young people of their age, normally will either just pay lip service when it comes to doing their bit for charity or probably, the thought might have never even crossed their minds to do anything which will take them away from their hacking and slaying in those RPG Role Playing Games of theirs. These boys' parents must be so very proud of them. If I have sons, I would love for them to grow up like this lot.

Merry Christmas boys and a wonderful New Year to you all. God Bless You All.

The boys and their stall will be at Subang Parade all through the weekend. They are set up just next to Uncle Lim. Please go and support them.