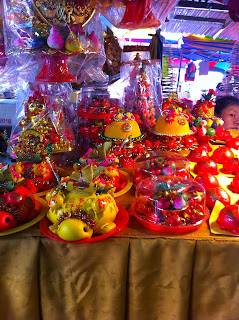 All things in Chinese Metaphysics are connected to the Stars and Planets in the Heavens.


As I progress in my studies in Chinese Metaphysics, I begin to see more and more connections to the references to the Planets, Stars, Gods and Qi. This was a realization I had over the weekend when I was looking at the photos I took when I went visiting to the Temple in Ampang to celebrate the Nine Emperor Gods Festival – Kow Wong Yeh, the nine-day Taoist celebration honouring the Nine Emperor Gods. The Nine Emperors Festival is held from the first to the ninth day of the ninth lunar month among Chinese communities. In folk Taoism, it begins with the welcoming of the deities and ends when the deities are sent off on the ninth day. The festival is known for the temple processions that take place during the celebrations.


These Nine Emperor Gods according to the story passed down from generations to generations amongst the Chinese were sons of the Emperor Zhou Yu with their Mother Deity Dou Ma (the Northern Big Dipper). Accordingly, it was believed that praying and honouring the Northern Big Dipper Star will prolong one’s life, eliminate calamities and dissolve all bad and negative karma. The term Yeh is loosely translates as “Grandfather”, a title worshipers commonly use to bring a more intimate relationship between themselves and the Nine Emperors. Popular folk culture has it that the Nine Emperors are actually sea pirates of the Ming dynasty that plotted to overthrow the Qing dynasty. However the temples that worship the Nine Emperors links it to the Mother Deity Dou Ma and disregards the other story.


There is another story which places these Nine Emperor Gods as high-ranking Star Lords who preside over the movement of planets and coordinate mortal Life and Death issues. (http://en.wikipedia.org/wiki/Nine_Emperor_Gods_Festival).


The Nine Emperors is formed by the seven stars of the Big Dipper of the North Ursa Major (visible) and two assistant stars (invisible to most people). The Nine Emperor Stars are:

These Stars are referred to in the studies of Chinese Metaphysics which includes Feng Shui – 8 Mansions and Zi Wei Dou Shu. Mountain shapes are also aligned to these same planets and stars. Hence, we have mountains called Tan Lang Mountains, the wood element mountain which brings prosperity and wealth. Its shape, which is tall and cone like is influenced over many millions of years by the presence of the Tan Lang Star positioned above the landform. The same goes for the rest of the stars. One day, when I have time, I would like to pen all these down and tie them all up so that reference is easierJ. One day……
Posted by Unknown at Monday, October 14, 2013